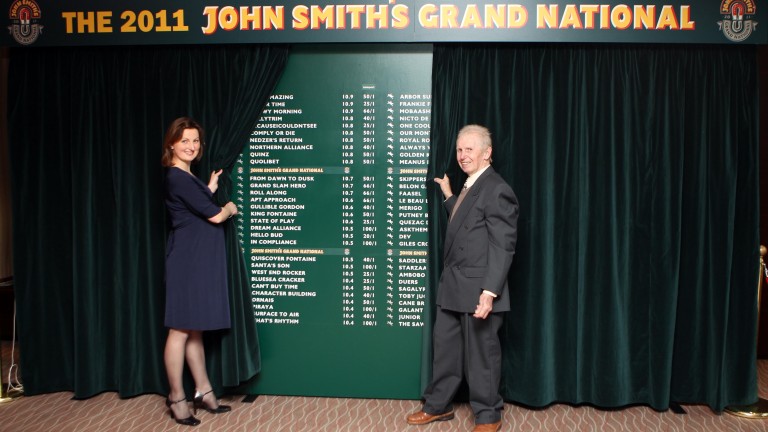 Brian Fletcher, one of only three men to win the Grand National three times, has died at the age of 69.

The man whose name will forever be associated with Red Rum but who also conquered Aintree on Red Alligator had been ill for some time.

Former champion jockey Peter Scudamore said: "It's very sad news. He was an unsung hero, one of those people who didn't get the recognition they deserved. To win the Grand National three times is amazing."

Fletcher started with Denys Smith in Bishop Auckland at the age of 16 and made such progress that he was entrusted with the ride on Red Alligator as a 19-year-old in 1967.

They finished third in the chaos of the Foinavon race that year but made no mistake 12 months later when they returned to score by 20 lengths, with the jockey taking second place in that season's  championship with 77 winners.

Fletcher suffered a horrendous head injury in a novice chase at Teeside in 1972 that could have ended his career. He was sidelined for ten months and later recalled: "I had to go to Portman Square three times before I got my licence back."

But the effort was worth it as got the ride on the Ginger McCain-trained Red Rum and landed the most memorable of National triumphs in 1973, catching the valiant but weary Crisp in the shadow of the post.

They returned to repeat that triumph the following year, although Fletcher always maintained the highlight of his career was winning the Scottish Grand National on the legendary horse later in 1974.

However, he fell out with McCain and it was Tommy Stack who rode Red Rum to a historic third Aintree triumph in 1977.

Fletcher finished third in the National on Eyecatcher in 1976 but retired later that year. He began to farm sheep and breed Welsh Cobs near Bishop Auckland before eventually moving to west Wales.

"He and people of his era did so much," said Scudamore. "If it wasn't for them people like Tony McCoy and myself wouldn't have existed. I remember him on Red Rum as my father had Charles Dickens, who finished third in the National.

"Brian was a great horseman and horses jumped very well for him. It wasn't easy to make a living round the northern tracks and you had to be very brave in those days. The National was a very tough race –you used to wake up at 4am on the day worrying about it!"

Gerry Scott, who won the National on Merryman II in 1960, rode against Fletcher for several seasons and said: "He was one hell of a horseman, you don't ride three Grand National winners and not know what you're doing.

"He was very quiet and he didn't get the recognition he deserved. And he was a very decent man. I remember I won the Becher Chase and finished third in the National on Forest Prince, but then I was injured so Brian rang me to ask how to ride him as he was quite tricky. He won and Brian thanked me so very much for what I'd done for him."

Fletcher is survived by his partner Irene. Funeral arrangements have yet to be announced.