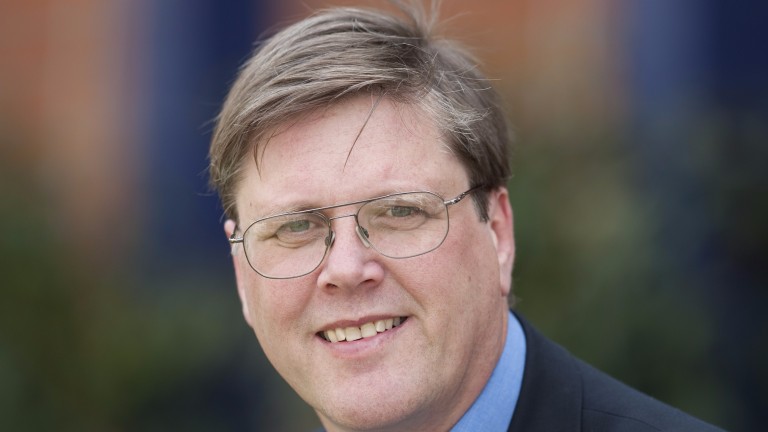 Bookmaker Raymond Winterton, a familiar figure in betting rings for more than 50 years, has died at the age of 75.

He was a good friend of former leading snooker player Willie Thorne, a mentor to a professional punter, was well respected by jockeys, trainers and owners, and lived life to the full.

Known as ‘Racing Raymond’, he had pitches at most of the major meetings – with Thorne on occasions acting as his tic-tac man.

Winterton, who never married, became well known by racegoers at Epsom for his betting board which depicted paintings, drawn by a calligrapher friend, of all the Derby runners.

“Raymond was a lovely guy and will be fondly remembered by so many people on the racecourse,” said professional punter Eddie Fremantle.

“He lived a ridiculously unhealthy lifestyle – he loved his drink and his food, and his stamina was remarkable for him to carry on as long as he did.

“I knew him for more than 30 years and he was a mentor to me. He taught me a lot about betting and the betting ring, and other aspects of racing.

“He lived in Leicester but hardly ever went to his local track, though he loved to go to the point-to-point meeting at Clifton-on-Dunsmore. He loved going to all the big meetings but was virtually retired in recent years and had given up his pitches.

“He was famed at Epsom for having paintings of the Derby runners on his board, and I know Michael Tabor, Aidan O’Brien and Frankie Dettori, among others, were delighted to receive the board from him after their victories.”

Fremantle added: “I’ll also remember Raymond shouting out ‘that should have been favourite’ whenever he backed a winner.

“And those of us who used to have a drink with him in the bars of Leicester will never forget his rendition of Great Balls of Fire, by his favourite singer Jerry Lee Lewis.”

Robin Grossmith, a director with the Federation of Racecourse Bookmakers, said: “Raymond was a great character and one of the old school. He was a good operator and a well-respected man in the industry.

“He was a bit of an innovator and was one of the first bookmakers to offer prices on winning distances and betting without the favourite.”

Winterton died of a heart attack in hospital on Boxing Day. Funeral details will be known in due course.

vvA service of thanksgiving for Bob McCreery will be held at Sherborne Abbey in Sherborne, Dorset on January 9 at 2pm, his family announced on Thursday. Former champion amateur rider, breeder and industry figure McCreery died just before Christmas, aged 86.