Hemmings in business: 'driven and dynamic like nobody else I've ever met'

Trevor Hemmings' vision for a sport that could generate significant extra revenue for itself through the commercial exploitation of media rights is a lasting legacy for racing.

That is the view of Ian Penrose, who worked initially for Hemmings in his private business ventures and later became chief executive of Arena Leisure and then Sportech.

"He was an amazing individual," said Penrose. "Trevor was a serial entrepreneur and was a very driven individual. He was hugely successful but above everything he achieved, he was very kind. He was generous with his time and his advice and was always willing and hoping to develop people. He was driven and dynamic like nobody else I've ever met.

"From a personal viewpoint I always viewed him as my mentor and friend."

Hemmings' early ventures in building and property development brought him into the world of racing through his friendship and business relationship with Fred Pontin, first as the leisure tycoon's main building contractor in the north-west and later as a member of the board.

But that was by no means his only connection to businesses that have at various times been key to the sport's fortunes. Hemmings was instrumental in the sale of Pontins to Coral, although he would eventually buy the business back as part of his Leisure Parcs group, which also featured the British Center Parcs sites, an investment in which brewing giant Scottish & Newcastle became partners.

He went on to be a significant shareholder in the company, whose subsidiary John Smith's sponsored his beloved Grand National between 2005 and 2013.

In 1997 the creation of Arena Leisure (one of the forerunners of Arena Racing Company), in which he remained the major shareholder until its sale to the Reuben Brothers in 2012, allowed Hemmings to bring his business acumen to bear most directly on the sport he loved. 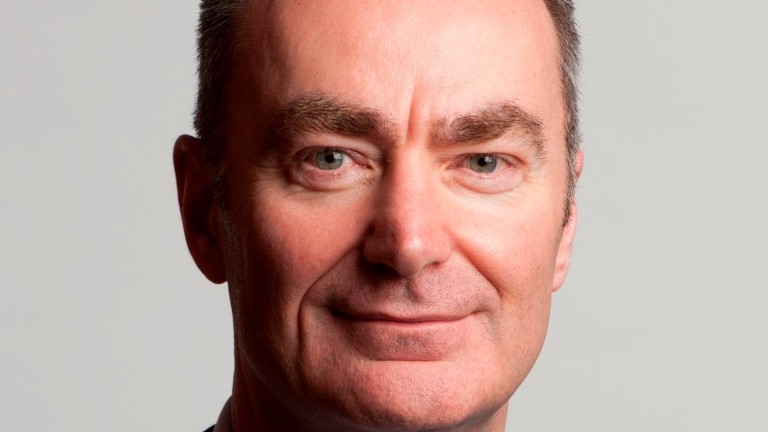 Ina Penrose: "Trevor Hemmings was a mentor and a friend"

"He started with Lingfield Park, which was a business he owned privately," said Penrose. "Trevor loved his racing and he was very keen to see how it could enhance its commercial appeal and be taken forward as a sport. That's where Arena came from, the idea of generating more income by taking revenue from bookmakers and media rights.

"Out of that came Racing UK, RMG and Attheraces itself. From something that was quite controversial at times there's no doubt that the revenue streams generated increased dramatically because of his early vision."

Current Arc chairman David Thorpe added: "He was a great supporter of National Hunt racing and contributed so much to the sport over many years. As a shareholder in Arena Leisure Ltd, Trevor helped the management team so much in growing the business. Monthly reviews with him were good training for any CEO!"

In 2000 Hemmings masterminded the merger of Rodime and the Littlewoods football pools business to create Sportech, paving the way for major growth in online casinos and gaming technology – until recently the company worked in partnership with the Tote in Britain – as well as gaining access at a very early stage to the US market.

Hemmings was again ahead of the conventional wisdom when in 1998 he surprised the owners of First Leisure with a £74m bid for Blackpool Tower, the Winter Gardens and other sections of the town's seafront.

Hopes of developing a Las Vegas 'supercasino' were then raised by the passage of the 2005 Gambling Act – the advent of which Hemmings had foreseen in his original acquisitions – only to be dashed by the decision to award the licence to Manchester in 2007.

The following year the regional casino project was abandoned by the government in the face of opposition in the House of Lords, while in 2010 Blackpool Council bought back the properties from Leisure Parcs for £38.9m.

Trevor Hemmings: a lover of big, tough horses who got the job done in the end

Trevor Hemmings: hard-nosed in business but patience of a saint with his horses

FIRST PUBLISHED 6:30PM, OCT 12 2021
There's no doubt that the revenue streams generated increased dramatically because of his early vision