Talk of the Tracks NEWCASTLE SATURDAY 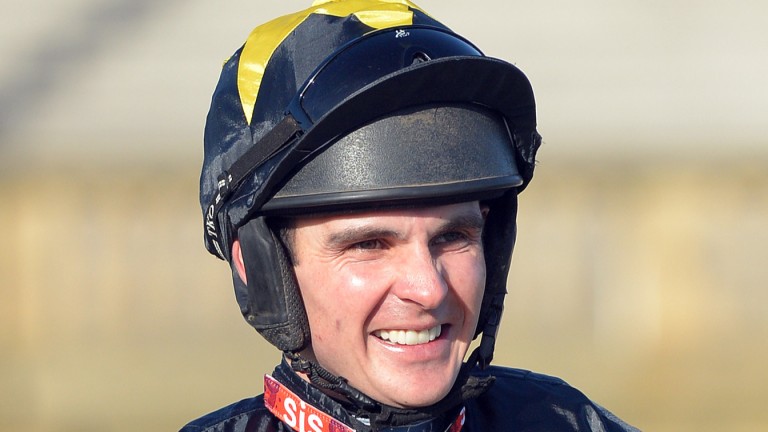 Who knows what Liam Treadwell did to anger the gods in recent months, but the Grand National-winning jockey put a line under his travails with success in the Listed At The Races Rehearsal Chase at Newcastle on Saturday.

Treadwell suffered a concussion after a heavy fall at Bangor in the spring and had not ridden between May and earlier this week, when on his return ride Uhlan Bute fell when seemingly in command at Kempton.

"It's been a frustrating time, not riding and being on the deck," he said. "I'd like to thank Venetia and the owners for letting me keep the ride. It's a big Saturday race, it would've been easy to give it to someone high on confidence and among the winners."

Treadwell is now three from four on Otago Trail and the thought of jocking him off apparently never occurred to owner Marie Shone, who said: "I've always thought Liam got on well with the horse, so he was always going to get the ride. It's lovely to give him his first winner back, and in a big race like this."

Mrs Shone's son Mike was on hand to offer the plans for Otago Trail's immediate future. "It's in the handicappers' hands, but we'd like to run him in the Paddy Power at Leopardstown over Christmas," he said.

Failing that, Shone suggested going for the same race at Ascot that Wakanda took after winning the Rehearsal 12 months ago, "Or, if it comes up really bottomless, we might consider the Lexus," he said.

Domperignon Du Lys made a taking British debut for Nicky Henderson as the second leg of a treble on the card for jockey Daryl Jacob.

In a race which took several seconds for the field to deign to set off, speed was of the essence and the winner of a French bumper had far too much for Nietzsche.

Domperignon Du Lys was offered for the Triumph Hurdle after his victory, with Paddy Power evidently most impressed, going just 14-1.

StanJames representative Brett Williams proudly told the press that they were a standout 25-1, but responded only with a smile when it was put to him that even that was a bit cautious at this stage of the winter.

Famous colours on the scoreboard

If you have a faint feeling of familiarity about Michael and Lady Jane Kaplan's pink-and-yellow-hooped silks, carried to success by Revocation in the 2m4f handicap chase, trainer Lucinda Russell and partner Peter Scudamore were on hand for a refresher.

"Jane's great-grandfather was prime minister, the Earl of Rosebery – he had a Derby winner," said Russell.

She actually sells the 5th Earl short, as he owned three winners of the Derby in the 1890s and 1900s. His colours have also been worn on occasion by the Scotland and Heart Of Midlothian football teams.

"They were the big Arab owners of their day," added Scudamore. "The family owns a stately home near Edinburgh, Dalmeny House. It's about the size of that stand."

As for Revocation, Russell said: "I'm delighted for the owners as they've had to be very patient. He had a leg injury last year and we got him back, but the ground had gone so we roughed him off again. We've waited and waited for the right race and I'm glad it's paid off."

This fixture is unique, being the only 'second card' in the British calendar to include a Grade or Group 1 race. You would not know it from the ever-enthusiastic Newcastle crowd, of course, and the presence of a sizeable winning syndicate in the Fighting Fifth this year made up for the relative lack of racing luminaries there to greet a Grade 1 winner.

FIRST PUBLISHED 5:27PM, NOV 26 2016
I've always thought Liam got on well with the horse, so he was always going to get the ride