Royal Ascot VIEW FROM DOWN UNDER CHRIS WALLER 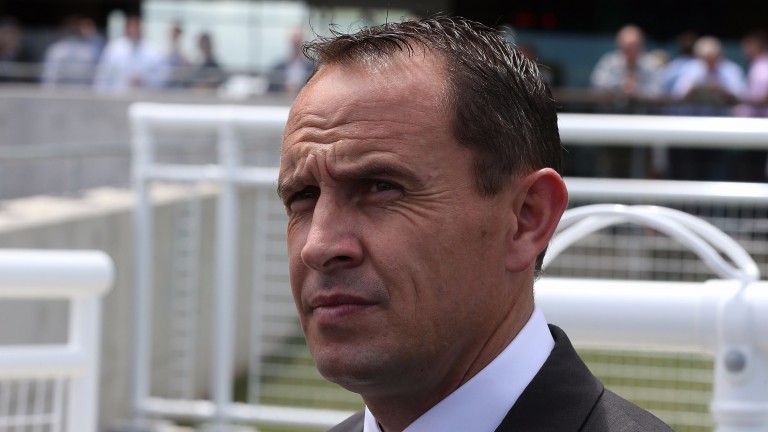 It's hard for me to speak on behalf of other people but from my point of view I know we need to take the right horse to England. In my opinion that's a colt we can significantly enhance in value through exposing him to the northern hemisphere breeders with good northern hemisphere form.

We're in the very fortunate position in Australia where our prize-money is extremely high. The downside of travelling to another hemisphere from Australia puts the horses in a very awkward position where they are going from winter to summer – and what effect it has on a horse is quite unbelievable.

There is normally a window of a couple of weeks where they show no effects from this, providing they cope well with the travel, but then their bodies start to change and they become quite confused and the horses start to train off a little and perhaps lose that edge they may have when they first get to England.

Expecting a horse to take on the best in the world when they are only 90 per cent, not 100 per cent, is not favourable.

Furthermore, the horses then need to come back, so they have to go through this process not once but twice. Bringing a horse back to Australia and expecting it to fit back into some of the strongest races in the world, and again at 90 per cent, you've almost lost six to 12 months of a horse's life. When you are racing for such big prize-money in Australia it is a huge issue that needs considering.

As for the aged argument about steroid use, I think it has been poorly perceived. Speaking as a modern-day trainer, which the vast majority of Australian trainers are now, we have very little knowledge about hormones or steroids.

The steroids that were used in Australia had very long withholding periods and I can honestly say you could never see a horse walking round a parade ring and say that horse was muscled up more than a horse should be. Hand on the Bible I don't think it has had any effect on Australian horses in the last 15 to 20 years. Everyone has their own opinion and it's not worth worrying about if you don't know enough about it.

What I do know is Australia has fantastic prize-money, million-dollar races every few weeks right through to a new $12 million race in October for sprinters. That is going to make it harder for horses to travel with owners wanting to stay behind to make sure horses are ready for the Everest.

Those of us fortunate enough to have the experience of racing a horse in England are certainly keen to get back there, as I am. I'm hoping in the next couple of years you will see our stable back there with good representation, not just in the sprint races but hopefully with a horse like Winx, who has managed to become the highest-rated horse in the world on turf without the use of steroids.