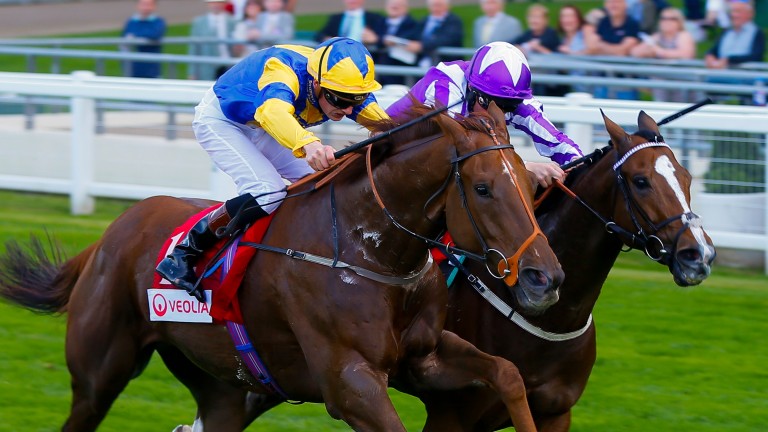 Cricklewood Green (near side) returned to form with an Ascot win last time
Mark Cranham
1 of 1
By Richard Birch 6:00PM, AUG 8 2017

The historic Brighton Mile offers very decent prize-money – £20,000 guaranteed – for a 0-80 handicap so it is no surprise it always attracts a big field.

Tuesday’s official going description of good to firm seems sure to ease dramatically on day one of the Brighton festival, with up to 30mm of rain forecast on Wednesday afternoon.

A deluge of that significance would boost the chances of proven mudlarks such as Harlequin Striker and Duke Of North, while the Gary Moore-trained Lord Clenaghcastle won at Epsom last time on good to soft.

Brighton is one of those tracks at which proven course form can be of paramount importance to punters looking for winners. Cricklewood Green, Zaeem, Admirable Art, Lord Clenaghcastle, Duke Of North, Galinthias and Pour La Victoire have that going for them.

Pour La Victoire, who finished fourth to Cricklewood Green in this race 12 months ago, bids for his sixth course success. Tony Carroll equips him with a first-time visor as the bottomweight seeks a first victory of 2017. 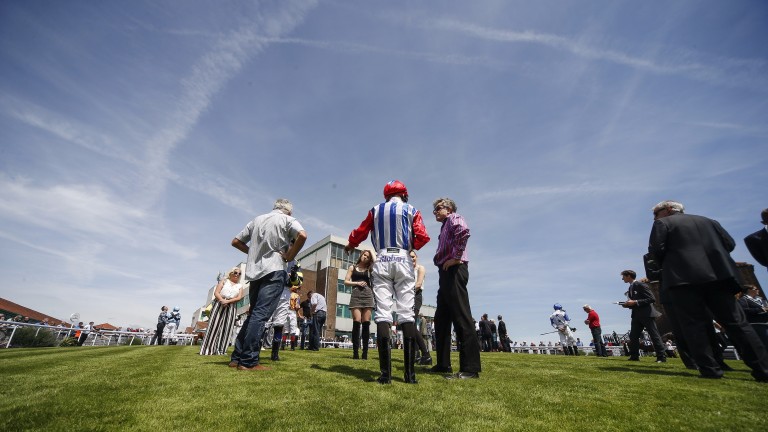 Sylvester Kirk, trainer of Cricklewood Green
He returned to form with a win at Ascot last month and must have a decent chance given a bit of luck in running. The gaps opened for him in this race last year. Let's hope they do again.

Dean Ivory, trainer of Harlequin Striker
He has a lot of weight, but Robert [Winston] knows him well and the forecast is for plenty of rain. He loves soft ground and should be thereabouts if he gets his ground.

Martin Bosley, trainer of Exceeding Power
He’s in great order but I’m worried about the rain - he wouldn’t want it too wet. He has gone up 3lb for his Salisbury win, which is fair, and the weather forecast is my only concern.

John Best, trainer of Pendo
He's ultra consistent. He ran well at Brighton a couple of times before I got him and you’ve simply got to have a go with so much prize-money on offer for this type of runner.

Ivan Furtado, trainer of Zaeem and Intensical
Zaeem has won twice at Brighton. He's been high in the weights but his mark is beginning to come down. He wouldn’t want too much rain but we’ve got Silvestre de Sousa on board and I expect him to run a good race. Intensical is very consistent and should be thereabouts from a decent draw. He wouldn’t want too much rain either.

Jim Boyle, trainer of Duke Of North
He ran in the race last year and finished a most unlucky fifth so it’s been in the back of our mind to go for it again ever since. The more rain the better for him.

Roger Fell, trainer of Wasm
The plan is to run at Brighton as long as he doesn’t have too hard a race at Nottingham on Tuesday night. He won well at Doncaster last month and hopefully we’ve found the key to him.

FIRST PUBLISHED 6:00PM, AUG 8 2017
He came back to form with a win at Ascot last month, and must have a decent chance given a bit of luck in running