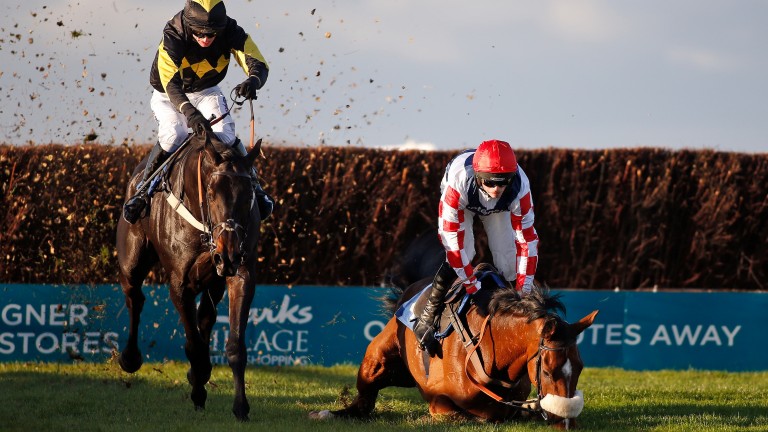 Paul Nicholls, who has won this race three times in the last nine years, was extremely unlucky not to be celebrating after last year's running as the well-backed Southfield Theatre hit the front in between the final two fences and looked a surefire winner if negotiating the last.

However, it wasn't to be and he crumpled on landing, throwing Sam Twiston-Davies out of the saddle with the race at his mercy.

A year on and Southfield Theatre is back. The lightly raced nine-year-old clearly goes well fresh but bids to enter the winner's enclosure for the first time since February 2015.

Nicholls said: "Southfield Theatre's been off for a long time. He would have won last year but went up in the weights for falling at the last and now he's on a career-high mark.

"He goes well fresh, but he's got plenty of weight."

Does Nicholls have a better hope?

Mr Mix, who is three years younger than Southfield Theatre and has won both his starts at Wincanton, is the mount of Harry Cobden.

"I've left Harry on him – Sam hasn't had a choice on the ride as I've just left the jockeys on board the horses they rode last time out – and he's in good form," said Nicholls. "He's got a bit to do to defy a new mark but could go well." 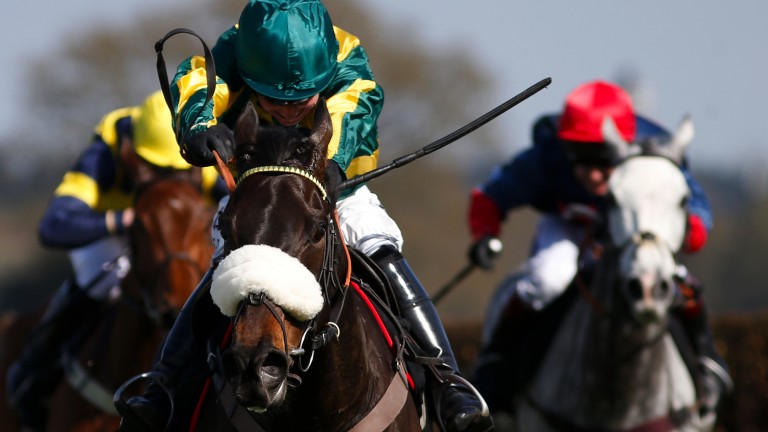 Present Man, who unseated Jack Sherwood early on in this contest last year, has the advantage of Bryony Frost's 5lb claim, and the six-time winner steps up markedly in trip from his recent victory over two miles five furlongs.

Nicholls added: "He's in good form, this has been his target and he won well at Kempton the other day. The only worry is will he get the trip if it gets really soft.

"If the ground had been good I'd really fancy Present Man, but it might just go against him a little bit. Mr Mix is in form and Southfield Theatre is a good horse, so it's tough to pick between them – it'll be decided on how much rain we get."

How well handicapped is Southfield Royale?

Coming into this ultra-competitive handicap with form figures of 70F0 indicates something has gone wrong, and that was certainly the case with Southfield Royale last season.

The seven-year-old proved "hard to train", according to Neil Mulholland, but after a clear run in the lead-up to this year's contest he may prove extremely well handicapped off a mark of 138.

The trainer said: "He's had a good preparation and we're happy with what he is. He should be capable of making his presence felt."

Harry Fry, trainer of Fletchers Flyer
He’s been a good servant to us and has won at the track over hurdles. It’s always been the plan to start off in this race and if he can run into place we’ll be delighted.

David Dennis, trainer of Final Nudge
He's in good order and ready to make his reappearance after a decent novice season. The good to soft, soft in places is a bonus and any rain overnight will make it better for him because he doesn't mind a bit of mud flying. He'll improve for the run but we're hopeful he'll run well.

Neil Mulholland, trainer of Pilgrims Bay
He's in good order, he's fresh and well. He's done everything we've asked him to do so far and he's won around here before.

Kerry Lee, trainer of Alfie Spinner
If it rains I'll be more hopeful – I've been checking the Met Office forecast all morning! He's lightly raced for us but it's a big ask in a very hot contest. That said, he's in as good a form as ever at home and there are few options with him, so we have to go somewhere.

Jamie Snowden, trainer of Fact Of The Matter
He's done well over fences – he won a nice race at Cheltenham in the spring and a good Class 2 contest at Cartmel in the summer. The soft ground is a little bit of a unknown but if it brings stamina into play we know he stays well. It's probably a very competitive race but he gets in with no weight and, with a bit of luck, he's got an each-way chance.

FIRST PUBLISHED 6:01PM, NOV 10 2017
He looks nicely treated on some of his old form but he was a hard horse to train last year