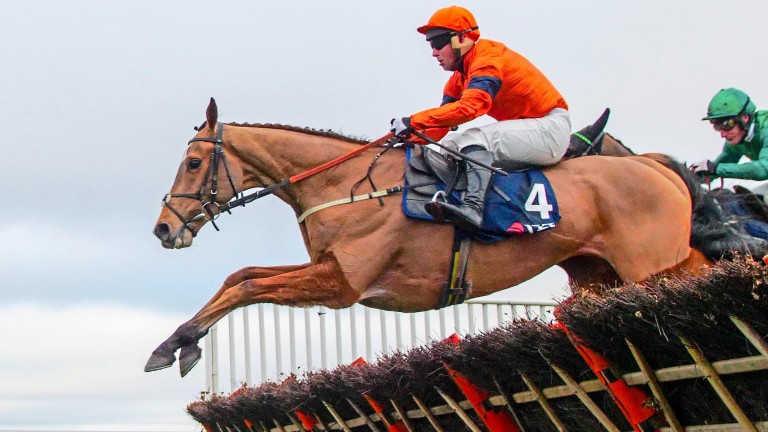 Sam Spinner did not show his best form at Cheltenham
Mark Cranham
1 of 1
By Lee Mottershead UPDATED 4:24PM, APR 14 2018

This is a Grade 1 prize that, in theory, looks Sam Spinner's for the taking. So, too, however, did the Cheltenham Festival's Stayers' Hurdle.

The unusually testing conditions that prevailed at Prestbury Park seemed to significantly increase the likelihood of Sam Spinner exhausting his rivals from the front.

That failed to happen, as although the all-the-way Long Walk Hurdle winner raced from the front, he went nowhere near hard enough in the early stages and thus allowed the race to turn into a home straight sprint.

Sam Spinner eventually took an honourable fifth as 9-4 favourite at Cheltenham, from where lessons have been learned.

"I feel he was certainly a few pounds below his best at Cheltenham because he didn't go fast enough and therefore didn't make it enough of a test of stamina," said trainer Jedd O'Keeffe.

"I'm hoping this time he can be seen to better effect. Ideally we would love him to have some company up front and I'm hoping he might get some help from Coole Cody, who has been making all for his wins.

"He took the race at Cheltenham really well and is going to Aintree in great form. The ground will be fine for him as well."

Will Aintree allow Wholestone to shine?

Only one of Sam Spinner's Aintree opponents finished in front of him at Cheltenham, Wholestone taking an excellent third behind Penhill and Supasundae.

However, eight of the horses's last 11 outings have been at jumping's home, where the ups and downs have played to his strengths. 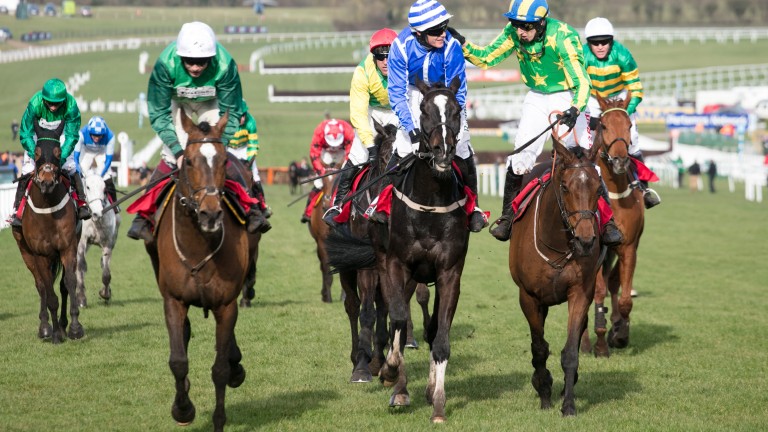 Will he be equally effective on Aintree's flat terrain?

Trainer Nigel Twiston-Davies said: "The Irish aren't here this time, so we must have a big chance of winning.

"He ran really well at Cheltenham, and although Aintree probably wouldn't have suited him so well on good ground, I think on soft ground he should be fine."

Michael Blake, trainer of Coole Cody
If no-one else makes it, we'll make sure there's a good gallop. Sam Spinner's in there, but we'll ride him like we've always ridden him, prominently and confidently. He's not been seriously challenged. It's a big step up in grade, but I think the stayers' division is open.

Henry de Bromhead, trainer of Identity Thief
We decided to step him up to three miles after his run in the Champion Hurdle. He's won over two and a half miles and, hopefully, the longer trip won't be a problem.

Paul Nicholls, trainer of Old Guard
I've been so looking forward to running him because he missed Cheltenham. It's all about him getting the trip. I'm slightly concerned about the trip on the ground. 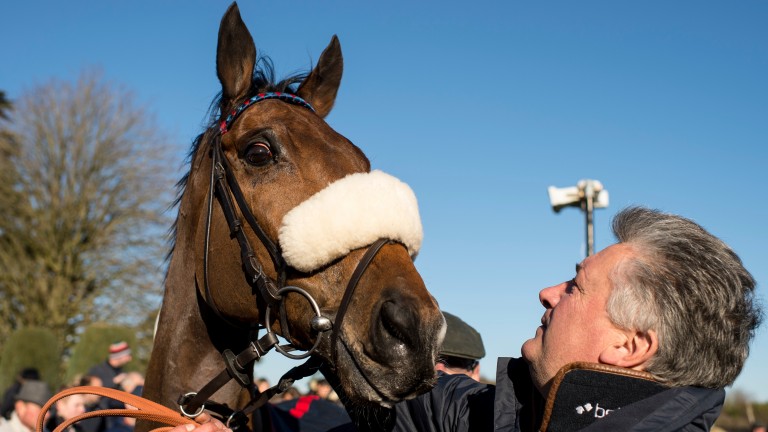 Dan Skelton, trainer of Shelford
He’s way out of his depth but has been a good old boy for us for years. Hopefully he can pick up some prize-money.

Tom George, trainer of The Worlds End
He's been running very well all season on ground he hasn't enjoyed. He was beaten only about six lengths in the Stayers' Hurdle and I'm sure you'd see a six-length improvement on better ground, whenever we get it.

Nicky Henderson, trainer of Thomas Campbell
It's difficult for him because he's had a great start to the season and finds himself in no-man's land. He's probably not a Grade 1 horse but equally he's not very big and has to carry 11st 12lb in all the big handicaps, so we're short of options until he goes chasing next year.

FIRST PUBLISHED 4:03PM, APR 14 2018
I feel he was certainly a few pounds below his best at Cheltenham because he didn't go fast enough