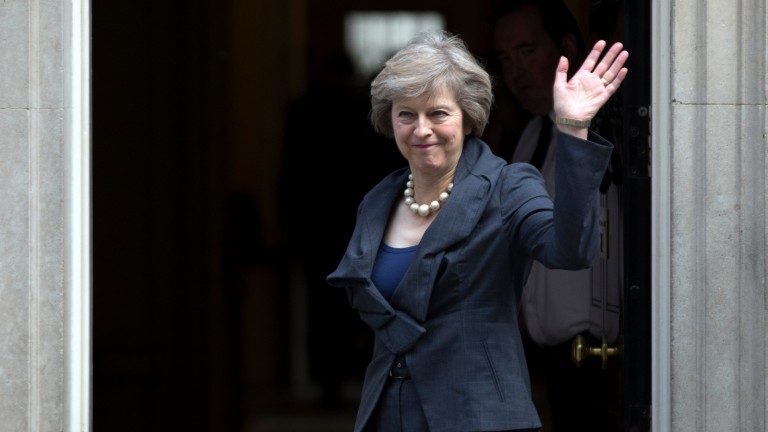 Prime Minister Theresa May has unveiled the Conservative Party manifesto
Carl Court
1 of 1
By Bill Barber 5:55PM, MAY 18 2017

The National Trainers Federation has voiced concerns about the details of Conservative plans for immigration unveiled by Prime Minister Theresa May in the party's general election manifesto on Thursday.

Given the international nature of British racing's workforce at trainers' yards, any changes to immigration policy could hit the sport, which is facing a staff shortage.

The Conservatives maintained their promise to reduce immigration to the tens of thousands, but of particular concern was the lack of detail around the pledge to double the Immigration Skills Charge, which is levied on companies employing migrant workers, to £2,000.

NTF chief executive Rupert Arnold said: "It is unclear from the information the Conservative Party has provided as to whether the Immigration Skills Charge is going to apply to EU workers, as well as workers from outside the EU that it currently applies to.

"If it applies to workers from within the EU as well, which would be consistent with what the Conservative Party says about reducing and controlling immigration from the EU, then it is going to be extremely expensive for trainers and put more pressure on already fragile businesses."

Arnold did, however, welcome the party's promise to make longer-term reforms to the business rates system.

As a result of the latest business rates revaluation in April many stables face hefty rises, with the basic rateable value of yards across Newmarket set to soar by 53 per cent, although the NTF is working with advisers to challenge those decisions.

Arnold said: "I think one has to be positive and welcome a review of the business rates system because it is outdated.

"We have seen with the revaluation which took place in April this year that there is widespread disillusionment among businesses about how business rates work."

There will have been relief among bookmakers that there was no mention of betting shop curbs or plans regarding the stakes on gaming machines in the Conservative manifesto.

Both the Labour and Liberal Democrat manifestos published this week have pledged to cut the stakes on the machines – also known as fixed odds betting terminals – to £2 from the current maximum of £100.