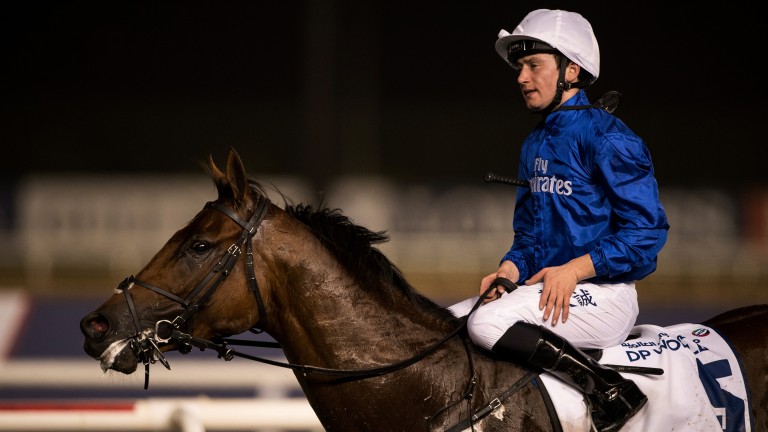 Rhododendron, a Group 1 winner at two, three and four after success in the Lockinge Stakes at Newbury on her most recent start, is the only filly in the line-up and will be attempting to become the first of her sex to win this event since Goldikova in 2010.

Aidan O’Brien, who is also represented by Deauville – third in the race a year ago – will be seeking a fourth win in the race, which he took with Ad Valorem in 2006, Haradasun in 2008 and Declaration Of War in 2012.

The trainer said of Rhododendron, on whom Ryan Moore will be bidding for a first win in the contest: “She has run two good races this year, winning the Lockinge after finishing fourth in the Ganay.

"She seems in good form and everyone here has been very happy with her since Newbury."

Donnacha O’Brien partners Deauville and will be chasing a first Royal Ascot win to go with his two Classic victories this season on Saxon Warrior in the 2,000 Guineas and Forever Together in the Oaks.

The five-year-old finished fifth in the Lockinge last time and O'Brien added: "He ran a nice race at Newbury and his work at home suggests he has come forward since."

Rhododendron pros A high-class filly who has won at the top level three times, at two, three and four.

Rhododendron cons Had little to spare over Lightning Spear in the Lockinge and again has that rival to contend with.

Saeed Bin Suroor will be hoping to land an early blow with Dubai Turf scorer Benbatl, who he feels is his best chance of a winner at the meeting.

The Dubawi colt won at the top level for the first time on Dubai World Cup night at Meydan, scorching clear to defeat Vivlos by three and a quarter lengths, and has since enjoyed a break with this race in mind.

Successful in the Hampton Court Stakes at this meeting last year, Benbatl took his form to a new level over the winter and could prove the one to beat.

Bin Suroor said of last year's Derby fifth: “He's been working well since a break following his Dubai Turf victory. He's a class horse and my best chance of a winner this week."

“This is a big test – it’s a tough race and he has to prove he can compete at the top level in Europe – but I’m hopeful.

"He did a nice final piece of work on the watered gallop, the trip will suit him and he has winning form at the meeting from last year.”

Pros Highest-rated runner in the field, a previous Royal Ascot winner and potential for further improvement this campaign.

Cons Beaten on both starts over this trip in Group 3 races in Britain.

Up for the cup

The Queen Anne Stakes is the first of four 'win and you're in' contests for the Breeders' Cup at the royal meeting this week.

The winner of the curtain raiser, along with those successful in the Prince of Wales's Stakes, Norfolk Stakes and Diamond Jubilee, will earn automatic starting positions and entry fees paid in their corresponding races – the Mile in the case of the Queen Anne – at the Breeders' Cup at Churchill Downs on November 2 and 3.

Recoletos ended 2017 with a trip to Ascot for the Champion Stakes, where he looked for all the world like being best of the rest behind Cracksman before losing two places late on to Poet’s Word and Highland Reel.

That ebbing of his stamina over ten furlongs – perhaps a surprise given his close-up third in the Prix du Jockey Club and battling success on very testing ground in the Prix du Prince d’Orange – confirmed a suspicion long-held by trainer Carlos Laffon-Parias: Recoletos was worth trying back at a mile.

The experiment was vindicated when towed by his pacemaker to Group 2 success on his comeback at Saint-Cloud, and Recoletos showed he really does possess the tactical speed for the task when coming from last to land the Group 1 Prix d’Ispahan. 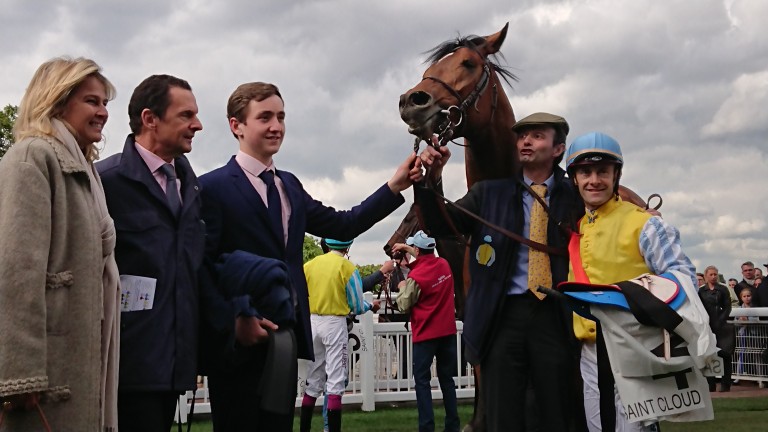 Recoletos, the mount of Olivier Peslier, now bids to follow Valixir, Goldikova and Solow in doubling up here, and Laffon-Parias is confident Recoletos is up to the test on what will be his first start over a straight course with a rising finish to boot.

“I'm very happy with him and don’t believe the straight track will be a problem,” said Laffon-Parias.

“The horse has won over a mile, nine furlongs, ten furlongs and ten and a half furlongs, and left-handed as well as right-handed. And it's a stiff mile so I'm sure he'll adapt fine to the course. The tougher it gets the better for him.”

Pros Has shown improved form from three to four and was an easy winner of a race which is often a good guide.

Cons Appears versatile ground-wise but has proved himself extremely effective on surfaces much softer than this.

It was an agonising defeat for Lightning Spear in the Lockinge but Oisin Murphy is hopeful the David Simcock-trained miler will record a first Group 1 win in the Royal Ascot opener – the most valuable contest of the afternoon worth £647,500.

Murphy said: “He ran right up to the figure he ran up to in last year’s Lockinge this time around, if not better, so his age doesn’t bother me.

“I’m told the horse has been freshened up and is in great form so hopefully he'll run a massive race.

“He’s been very unlucky not to win a Group 1 – meeting Ribchester and Minding at their peak – and hopefully he'll have his day in the sun soon.”

Pros Career-best RPRs have been recorded here and on his return at Newbury last time. Lockinge effort confirmed he is better than ever.

Cons For all his consistency he is not the most prolific, winning two out of 14 races since June 2016. May find one or two too good.

Eve Johnson Houghton, trainer of Accidental Agent
It's a huge ask but I'm very much looking forward to running him. He's definitely come on for his run in the Lockinge and he's as well as I can get him – he's in great form. He has a fine record at Ascot and that's a great positive.

Andrew Balding, trainer of Beat The Bank
He was a big disappointment in the Lockinge but was very fresh. His work has been good, he looks well, and I'd hope he's come on for the race, but there's just a bit of a question mark about the straight mile at Ascot, as he hasn't excelled there before. The quick ground won't be an excuse.

Simon Crisford, trainer of Century Dream
He's fresh and well and deserves to take his chance. I'm hoping he can prove to be a lively outsider. He's been progressive in the last two seasons and I'd always hoped he'd end up at the top level.

Henry Candy, trainer of Limato
My horses were off colour around the time of the Lockinge so that run can be ignored. They've started running well now and he seems very cheerful at home. The quick ground is ideal and on his best form he'd have a decent chance.

Richard Hannon, trainer of Oh This Is Us
I don't think he should be such a big price. He had a nice pipe-opener the other day and he'll love the decent ground.

Riley Mott, son and assistant to Bill Mott, trainer of Yoshida
We’ve had this race in the back of our mind since last year. This is his optimum trip, fast ground suits him, and he should be strong at the finish.

Clive Cox, trainer of Zonderland
Zonderland came forward very well for his return in the Lockinge and should very much be at home on the quick ground.

US challenger Yoshida runs in the Queen Anne at 2.30pm on Tuesday, 90 minutes after Southampton defender Maya Yoshida is due to play for Japan against Colombia in the World Cup. If you fancy the double – Yoshida to win the Queen Anne and Japan to beat Colombia – the odds are around 101-1.