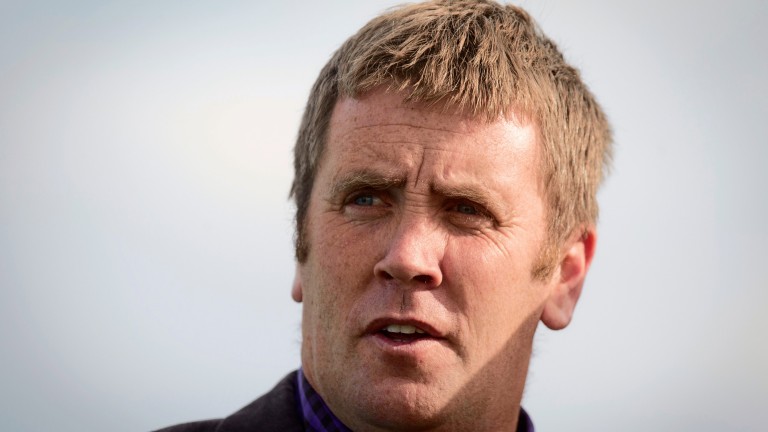 Banned trainer Paul Gilligan is considering asking Irish racing’s regulatory body to review his case at the end of this year.

Gilligan served a six-month ban imposed on him in December 2016 by the British Horseracing Authority for allegedly running Dubawi Phantom, who won a race at Uttoxeter in June 2014, at an unrecognised 'flapper' meeting in Dingle, County Kerry, in 2013 under the name Ayres Rock.

In April the Turf Club reciprocated the BHA ban, which ended in June, and slapped another 18-month ban, which started on April 26, on Gilligan for allegedly running the same horse in three races in Ireland. They also found that the trainer had brought racing into disrepute.

There is a feeling within Irish racing circles that the severity of Gilligan's exclusion is harsh in the context of the more lenient stance taken by the Turf Club in other cases. He has effectively been denied the ability to earn a living and network within the industry for what some view to be a relatively innocuous transgression, given that his yard was deemed to be of a suitably high standard when inspected prior to Dubawi Phantom (Ayres Rock) appearing at Dingle in 2013.

Speaking on Tuesday Gilligan, who is based at Athenry, County Galway, said: “I’ve thought long and hard about my situation and the possibility of pursuing the case with the Turf Club, but I’ve decided not to take them on at this stage.

“But I do intend asking them to review the situation after Christmas and we'll just have to wait and see what happens.

"I was disappointed the Turf Club didn’t backdate the ban to the date the BHA ban started instead of imposing an 18-month ban from April.

“It’s certainly not an easy situation for me and we’re just trying to get through it as best as we can and to look to the future.”

Gilligan contacted the Turf Club last week seeking permission to attend Roscommon to see his son Liam have his first rides as a jockey. He was given permission on "compassionate grounds and on a one-off basis".

"To be fair when I contacted Denis Egan [CEO of the Turf Club] about the possibility of me being allowed to attend Roscommon he was very helpful," Gilligan said.

As a trainer Gilligan enjoyed Cheltenham Festival success in 2010 when Berties Dream landed the Albert Bartlett Novices Hurdle at 33-1. He also trained Jadanli to win the Powers Gold Cup (now the Ryanair Gold Cup) at Fairyhouse in 2010 and the Thyestes Chase at Gowran Park in 2013.

FIRST PUBLISHED 5:59PM, JUL 18 2017
It’s certainly not an easy situation for me and we’re just trying to get through it as best as we can and to look to the future rather than the past