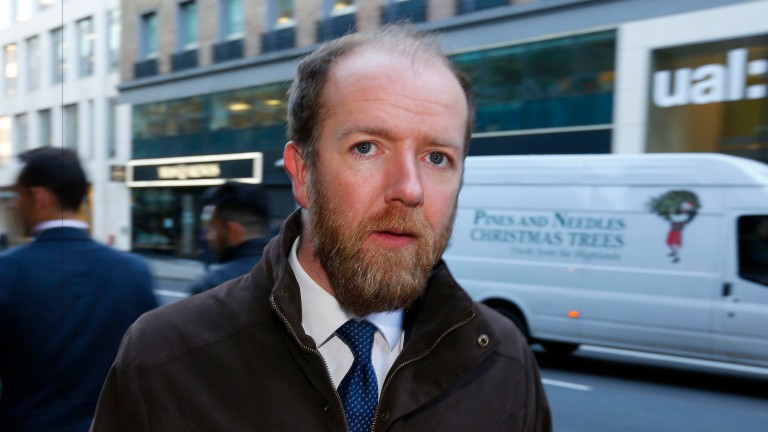 Jim Best: sent out his last runners before six-month ban kicks in at Chelmsford on Monday
Dan Abraham
1 of 1
By Jon Lees 5:13PM, DEC 22 2016

The Jim Best inquiry was effectively closed on Tuesday when the trainer announced he would not be appealing against the verdict of a disciplinary panel rehearing which found him guilty of ordering jockey Paul John to stop two horses.

The Lewes trainer had to meet a deadline of Wednesday, seven days after the release of the panel's reasons for penalty were published, if he was to continue his long-running battle against the non-trier charges that followed the running of Echo Brava and Missile Man 12 months ago.

While still maintaining his innocence, Best said on Tuesday he would not take the case any further and as a result serve the six-month suspension of his licence imposed at the second hearing. At a previous inquiry in April, at which he faced the same charges, he received a four-year disqualification, which was subsequently rescinded owing to the BHA's botched handling of the case.

Best, who sent out his last runners at Chelmsford on Monday, will start the sentence, which will still allow him to go racing and work in his yard, after Wednesday's deadline. His wife Suzie has applied to take over the licence at the stables which could be back under Best's name next June.

A statement on the trainer's behalf released by Stewart-Moore Solicitors said: "Despite wholeheartedly rejecting the finding of the latest disciplinary panel, Mr Best has taken the extremely difficult decision not to appeal the panel's decision.

"Mr Best is innocent of the charges against him. The BHA's only witness, who they never bothered interviewing, was found by the panel to be unreliable and to have entered into a deal with the BHA in exchange for giving evidence against Mr Best.

"If these proceedings were in any forum where the prosecuting authority did not have so much at stake, Mr Best would be appealing. However, the two wildly contrasting penalties handed down by the first and second panels shows that BHA disciplinary proceedings are a lottery and Mr Best is unwilling to take yet another extremely expensive roll of the dice over his future and the futures of his family and staff.

"Moreover, the deal between John and the BHA, the existence of which the BHA has absurdly denied throughout, and the failure to explain how a lawyer paid by the BHA ended up chairing the first disciplinary panel suggests that the BHA cannot be trusted to ensure that Mr Best receives a fair appeal hearing in any event. "

After the first hearing in April the original guilty verdict against Best and four-year disqualification imposed had to be quashed after it emerged the BHA was a client of Matthew Lohn, the solicitor who chaired the first panel. Because of a perception of bias and the insufficiency of the reasons given to support the verdict an appeal board ordered a second hearing.

A new independent panel, sitting this month, accepted John's evidence against his former employer that he had stopped two horses at Plumpton and Towcester on Best's orders.

BHA spokesman Robin Mounsey said: "The deadline for any appeals by either party is 5pm on Wednesday afternoon and the BHA will not make any further comment while the appeal window remains open.”

FIRST PUBLISHED 6:22PM, DEC 20 2016
Mr Best is innocent of the charges against him. The BHA's only witness, who they never bothered interviewing, was found by the panel to be unreliable and to have entered into a deal with the BHA in exchange for giving evidence against Mr Best
Bookmaker
Price
E.W. Terms
bet365
Open Account
Ladbrokes
Open Account
William Hill
Open Account
Coral
Open Account
Paddy Power
Open Account
Betfair
Open Account
Sky Bet
Open Account
Sporting
BetVictor
Boylesport
888sport