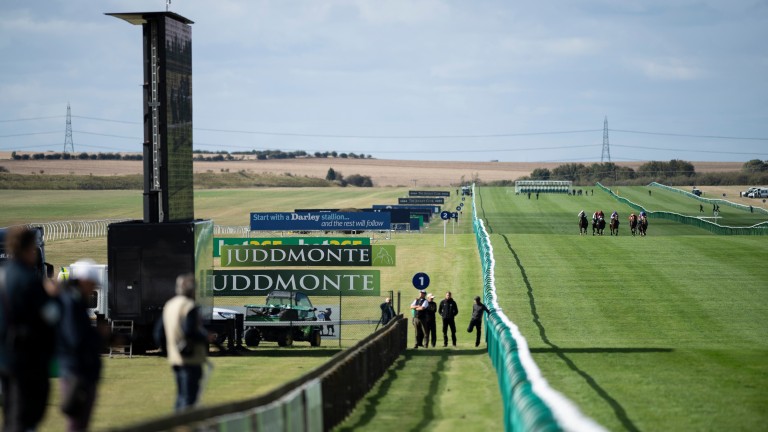 There are six races for juveniles on the Rowley Mile on Thursday
Edward Whitaker (racingpost.com/photos)
1 of 1
By James Stevens UPDATED 10:15AM, JUN 4 2020

Racing made a welcome return on Monday, was back on the turf on Wednesday and on Thursday the Flat season ramps up another gear.

Newmarket plays host to a one-off, special edition of the Guineas meeting as a four-day bonanza of action at racing's traditional headquarters gets under way. The reappearance of runners on the Rowley Mile is surely another signpost on the way to a return to some sort of normality after the privations of the Coronavirus pandemic.

Form students need not bother themselves with the first six contests on Thursday's ten-race card as they are made up entirely of exciting and well-bred unraced two-year-olds.

But aspirations are high that these potential stars can make enough of an impact to shoot into contention for Royal Ascot, which takes place in just under a fortnight.

There are 63 runners across the six juvenile races as the track builds up to an incredible weekend of action, with the Coronation Cup on Friday, the 2,000 Guineas on Saturday and the 1,000 Guineas on Sunday. Friday's action will be on ITV4, with the main ITV channel covering the remaining two days with 21 races televised in total.

We spoke to some of the trainers who are unleashing their juvenile talent on the Rowley Mile on Thursday . . .

Mick Channon, trainer of Mahale (1.15) and Chattri (1.50)
They are quite sharp horses – the sharpest ones I've got. They're ready to run and I'm looking forward to letting them loose. I think Mahale is a really nice filly and is a half-sister to that good horse Opal Tiara. Chattri is well bred as well. Their work has been good and I'd say they're fit enough to do themselves justice.

Charlie Hills, trainer of Grey Sparkle (1.15), Mutarabes (2.25), Snash (3.00), and Give 'Em The Slip (3.35)
We haven't had a two-year-old runner yet but it'll be nice to see where we are with them. The horses that have had a run since the lockdown have done nothing wrong. Give 'Em The Slip runs in the 6f race and I think quite highly of her. It's hard to be massively confident as they're going to be competitive races. The colts are nice too, they've got good attitudes and have been doing well at home. 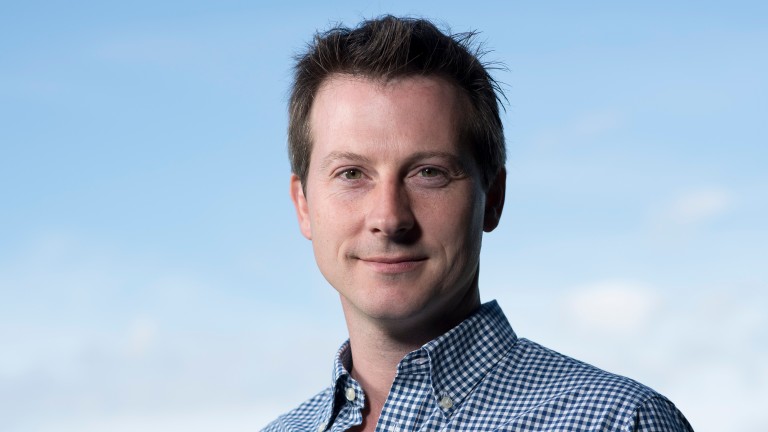 James Tate, trainer of Sense Of Romance (1.15), Risk Of Thunder (3.35) and Publicist (4.10)
We had a two-year-old winner on Tuesday so we're looking forward to running three more. Sense Of Romance goes nicely, she's a filly I like so I'm expecting a big run. Risk Of Thunder is another filly I really like and she's been going well at home. I'd say Publicist is the weakest of the three, her work has been good but I just worry that the penny hasn't fully dropped for her yet. She'll improve the most for the run.

Richard Spencer, trainer of Wings Of A Dove (1.15) and Ocean Eyes (4.10)
We haven't done masses with the pair of them at home. They'll be our first two-year-old runners so we'll find out a lot more about them as a bunch. Wings Of A Dove is a nice Dark Angel filly. It's a nice starting point over five furlongs and hopefully she'll run a good race, but whatever she does she'll improve on. Ocean Eyes has been working with Wings Of A Dove. We haven't pressed any buttons with either and we're looking forward to learning more about them. 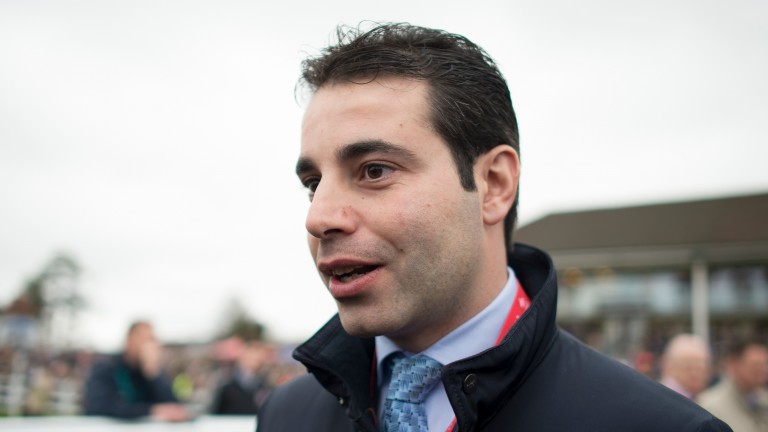 Marco Botti: runs Angels Will Rise in the opener at Newmarket on Thursday
Edward Whitaker (racingpost.com/photos)

Marco Botti, trainer of Angels Will Rise (1.15)
We've got a few two-year-olds who are ready to run and she runs nicely. She's got plenty of ability even if she is a little bit small. She's well balanced so I think she'll handle the course well. We don't know what we're taking on but hopefully she can run well.

Simon Crisford, co-trainer of Zamaani (1.50) and Star Cactus (3.35)
Both of our runners are ready to go and they've both worked to a nice level, but these are going to be tough contests. It's hard to split them and we're ready to learn a lot more about them.

Charlie Appleby, trainer of Magical Land (2.25), Creative Force (3.00), Sky Angel (3.35) and Sunset Memory (4.10)
The colts are sharper than the fillies. After this week at Newmarket we’ll know where we stand in terms of Royal Ascot two-year-olds. Of the four who run on Thursday I particularly like the Frankel colt Magical Land. He's from a family with natural pace.

Hugo Palmer, trainer of London Palladium (2.25) and Northbound (3.00)
It's nice to be getting them started. They've both been ready for a little bit of time but we don't gas our two-year-olds and they normally come on for the run. I've been pleased with their work and they've been on the watered gallop so they should handle the undulations. I hope they can make pleasing starts and give us something to build on.

FIRST PUBLISHED 6:00PM, JUN 3 2020
They are quite sharp horses – the sharpest ones I've got. They're ready to run and I'm looking forward to letting them loose

'She hasn't shown enough to win this race' - why Teona needs more for Musidora 'This has been the target for a long time' - big yards clash in hot York opener Regally bred Noon Star bids to live up to her stellar pedigree in the Musidora Tense times on the Knavesmire as big-name youngsters test their reputations One trainer, one jockey, one horse and one race to follow at York on Wednesday Varian unearths a real Derby fancy as Ballydoyle colts once again disappoint