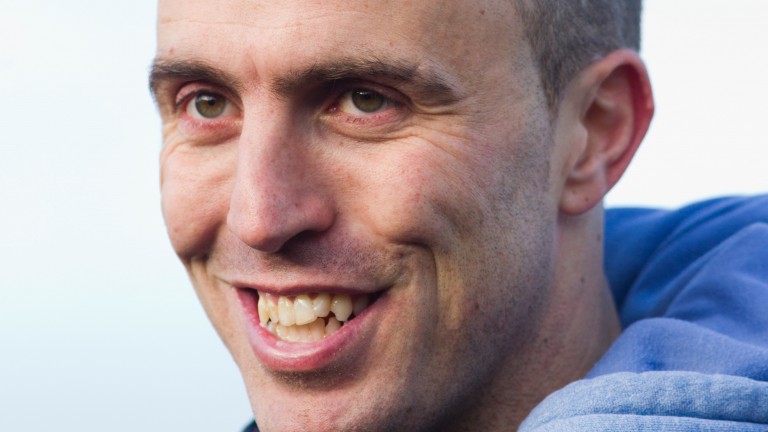 A fall on the gallops early in the winter left trainer Paul O'Flynn with two broken vertebrae, and a brace around his back and chest displayed the scars of battle, but he was not feeling too much pain as he saddled his second career double.

The trainer had been out of commission when Quarry Lil – owned by his father Thomas – won here in January, and under Gary Noonan she followed up in the 2m mares handicap hurdle in brave front-running style to defeat Irregularheartbeat by three and three quarter lengths.

"That's her third win here, she loves this place although I don't think she really loves that ground, hopefully she can pick up another one before we let her off for the summer," said O'Flynn.

Despite getting caught in a pocket coming to the final flight Cregane Ned picked up well to win by five lengths.

O'Flynn said: "He's a horse with loads of ability and his work at home was very good, but you can't be too confident about him because you don't know what he's going to do. He just needs to relax and getting him settled was the key today."

About his own adventures, he added: "I've another five weeks in the brace, but I'm able to get about and walk around. It's my second day racing. I'm not in pain but I'm just stiff, I'm a bit like an old man! But I'm grand and I suppose I'm a bit lucky too."

Denise Foster was not present at Clonmel as the first runner from Cullentra in her name contested the concluding bumper on the card.

Debutante Areutheoneiwant ran with credit under Jamie Codd to finish a never-dangerous third at odds of 12-1, behind impressive winner Premier Queen.

Trained by Prunella Dobbs, Premier Queen kept gun-barrel straight on the far side of the track as the contest was thrown away by newcomer Faith Du Val under Finny Maguire. She was in front and travelling well entering the straight before hanging right across the track.

Roll on Cheltenham: Willie Mullins quick out of the blocks with early hat-trick

FIRST PUBLISHED 7:05PM, MAR 9 2021
There will surely be some relief to have got that out of the way on the eve of the Cheltenham Festival

Final-flight carnage leads to trainer enjoying first winner in a decade Samcro still has the Galway Plate lined up - and could wear headgear Darasso shows his class as Samcro flops in Listowel feature This is all about Samcro - but will the one-time future megastar battle again?