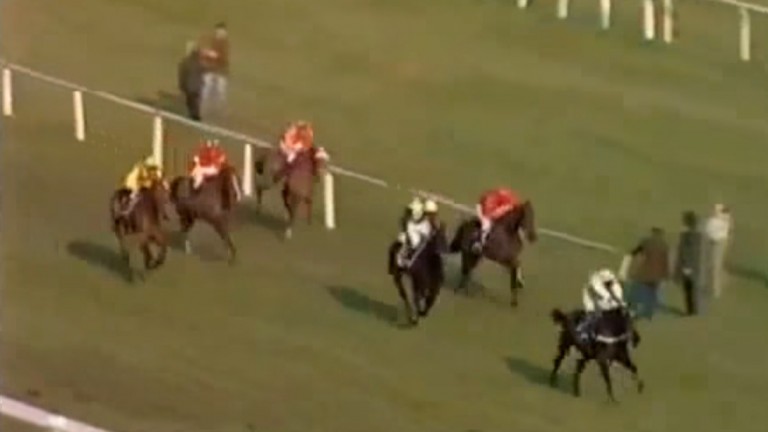 Gordon Price, the man who saddled 100-1 outsider Stans Pride to finish third to See You Then in the 1985 Champion Hurdle, has died at the age of 85.

Based at the family farm at Leominster in Herefordshire, Price assisted his father Tom before taking out a permit to train in 1974 and a full licence four years later.

Stans Pride had been quietly fancied for the Schweppes Gold Trophy at Newbury in 1985 before Newbury's February meeting was lost to snow.

"100-1 might have been a bit insulting but we didn't mind as we managed to get a bit on in a few places," said Price's son and former jockey Cecil yesterday. "She was very tough and it a dream come true to have a mare like that come along. That Champion Hurdle day was the one that stands out, it was something else."

For most of her career Price also trained the talented Shadey Dove, dam of Flakey Dove, who would win the 1994 Champion Hurdle for his nephew Richard.

Price was adept under both codes and was responsible for the smart dual-purpose performer Pearl Run, winner of the Doncaster Town Plate in 1988, also the year the son of Gulf Pearl landed a fourth consecutive success in the same Warwick handicap.

Cecil Price said: "With him the big one was just getting touched off in the Chester Cup [by Western Dancer in 1986]. Philip Robinson unfortunately put up 1lb overweight which might have been the winning and the losing of it. But he was a brilliant little horse."

Price gave up training to concentrate on his dairy herd in 1990 but continued to own and breed horses with his son, while Richard did the training.