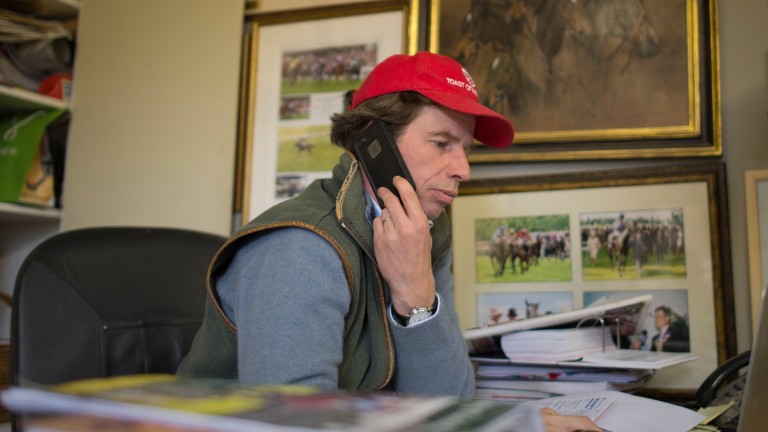 Jamie Osborne: "I felt it was designed to paint an untrue picture of the relationship between a trainer and his staff."
Edward Whitaker
1 of 1
By Matt Butler UPDATED 7:36PM, JAN 5 2020

Jamie Osborne has criticised the National Association of Racing Staff (Nars) for publishing a "spoof" Christmas quiz to its members which highlights 12 serious allegations the organisation has dealt with in the past year.

The Lambourn trainer, who posted on Twitter over the weekend the quiz written by Nars chief executive George McGrath, revealed he was the answer to one of the 12 questions – with the matter in question pending an employment tribunal – and stated it was inappropriate “to trivialise in such a flippant manner serious allegations against racehorse trainers”.

The 12 questions, which take the form of "name the trainer", highlighted allegations relating to topics such as holiday pay, the rights of part-time staff, underpaying, ignoring medical concerns, gender equality and a trainer arrested for the assault of a female member of staff.

McGrath claimed to the Racing Post on Sunday the allegations were all legitimate and had been dealt with by Nars in the past 12 months.

The Nars 12 days of Christmas quiz

1 Name the trainer that thinks part-time staff do not have the right to holidays? There is more than one correct answer to this question.

2 Name the trainer that thinks part-time members of staff are not entitled to receive pool money?

3 Name the trainer who believes he is above the law by refusing to pay for work completed?

4 Name the trainer who thinks he can refuse to pay his staff because he doesn't agree with their lifestyle?

5 Name the trainer who keeps the best turned out money to pay for diesel in the horsebox?

6 Name the trainer who does not believe he has to abide by a doctor's note and told the member to return to work (member broke their hand)?

7 Name the trainer who paid his staff £120 per week for working eight hour mornings six days a week?

8 Name the trainer whose secretary gets four times the pool money that the staff receive?

9 Name the trainer who refused to carry out a risk assessment on a pregnant member of staff (legally required)?

10 Name the trainer who refuses to pay sick pay?

11 Name the trainer that pays his female riders less than the male counterparts with similar ability?

12 Name the trainer who was arrested for assaulting a female member of staff?

Osborne elaborated further on Sunday on his objection to the manner in which the allegations were publicised and said: “I was annoyed that their leader would think it was appropriate to trivialise in such a flippant manner serious allegations against racehorse trainers. I felt it was designed to paint an untrue picture of the relationship between a trainer and his staff.

“If there are 6,500 stable staff in this country that means there are 2.3 million working days and he is pulling out isolated cases, which is such a tiny minority of these working days, when there have been disputes or an alleged malpractice, and he wants to paint the picture that this is what he’s dealing with.

“The vast majority of our stable staff are well paid, well looked after and happy in their jobs. There will be a minority. I just feel strongly that he’s gone about it the wrong way in doing this.” 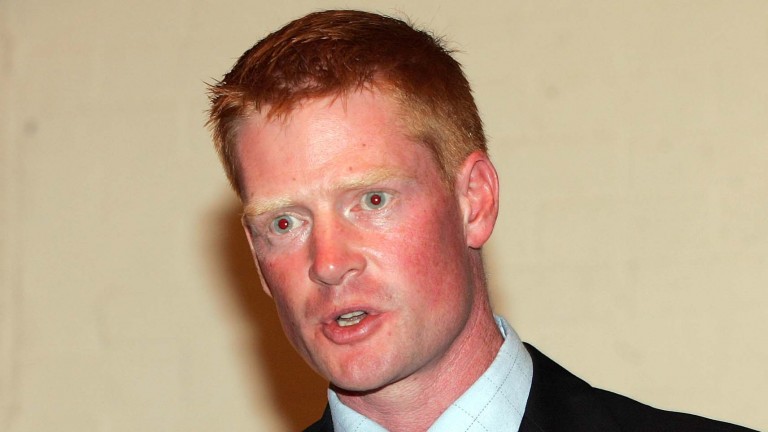 “I accept that my initial tweet was probably badly worded and gave the wrong impression we had something to hide. I want to make it very clear that the vast majority of trainers have absolutely nothing to hide with this issue.

“My annoyance last night [Saturday evening] was ignited because it appeared to me that George McGrath almost wants to promote the image that malpractice is endemic within the industry when the reality is very different.”

Speaking to the Racing Post, McGrath said most trainers were model employers but insisted he had been pushed into using what he described as a "spoof" quiz to showcase some of the serious issues his organisation faces and on which he believes the NTF has failed to properly engage its members.

The National Trainers Federation (NTF) said in a statement: "The NTF does not condone any action by a trainer that contravenes employment law.

"However, if Nars receives complaints about employment issues, they should deal with them through the normal dispute procedure that operates between the NTF and Nars. Examples of disputes should not be used in a publicly provocative manner as Nars has done.

"If the NTF were to do the same about the poor behaviour of some racing staff, Nars would be understandably annoyed.

"We have been in touch with George McGrath to express these points. The NTF has strived to develop a constructive relationship with Nars; Nars seems determined to undermine it.”

Speaking on Racing TV's Luck on Sunday, trainer Lawney Hill – an NTF committee member – said of the Nars quiz: "I thought it was a highly irresponsible thing to do. I think it's a big mistake and a bad way to go forward. I'm not amused by it."

FIRST PUBLISHED 6:26PM, JAN 5 2020
I just feel strongly that he’s gone about it the wrong way in doing this

IHRB reacts to Bolger claiming 'there will be a Lance Armstrong in Irish racing' 'What else would I do at my age?' - 80-year-old trainer wins with only horse Punter sues Paddy Power over disputed £286,000 winning bet at Wolverhampton 2021 St James's Palace Stakes at Royal Ascot: the runners, the odds, the verdict What's on this week: the biggest names in racing are heading to Royal Ascot Alistair Rawlinson 'staying positive' despite facing second op after horror fall