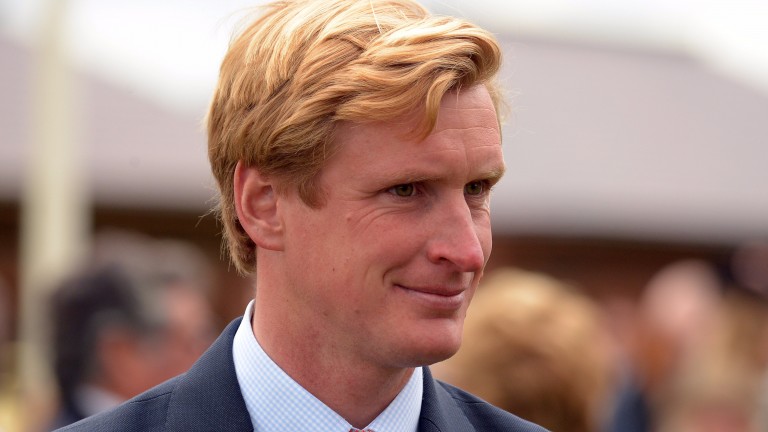 Capturing a first Group 1 is Ed Walker's main objective for 2017 and he hopes his recent move to Lambourn can help him achieve that ambition.

Walker, who began training in 2010 after spells working with Luca Cumani, Roger Charlton and Richard Gibson, has moved from Newmarket into Bjorn Nielsen's Kingsdown yard in Upper Lambourn and is relishing the opportunity.

He replaced David Lanigan, who has moved back to Newmarket, in Kingsdown and will be responsible for around 80 horses next year.

He said: "I'd been training in Newmarket for six years and had four yards. In that time I'd struggled to find stability and I was looking at yards down here for a while as my wife Camilla and I were keen to move back to this part of the world, which is where we're from.

"This opportunity came up and I jumped at it. It's a real positive move into an exciting yard."

Ten staff have remained with Walker, who thanked Rupert Erskine Crum of Weyhill Transport for coordinating the relocation.

The trainer, who has a five-year lease on the property, but hopes to stay for "much longer", added: "Most of my owners have seen me move from yard to yard and have a rather unsettled career in that respect and I think they're delighted I've found a good base. We've attracted some new owners and Mr Nielsen is going to send us some horses, which is great."

"We keep hitting the crossbar in Group 1s which is frustrating and we're desperately trying to get that monkey off our backs," added the 33-year-old, who is on the lookout for additional staff. "That's the dream – to compete at the highest level and win the biggest races.

"We've got a really nice bunch of horses and in Stormy Antarctic I think we've got a live Group 1 contender. He had a frustrating three-year-old campaign picking up an injury in the Guineas before finishing second in the Jean Prat and then running creditably in the Marois and QEII.

"We might travel in the spring. We'll see how he trains, but there's a possibility he may head to Hong Kong for the Champions Mile as his owner is from Hong Kong. The more conventional route here would be to aim for the Lockinge and he's also qualified for French premiums so he might have a prep race in France. He'd be our flagbearer."

"He's a proper horse and wants to step up to a mile, but George Baker wasn't sure he handled Newmarket very well in what was the Somerville Tattersall Stakes, so I'm not sure we'd want to run in the Craven," he said. "We'll see how he is, but he could run in the Greenham."

FIRST PUBLISHED 3:43PM, DEC 4 2016
When I was exploring the idea of moving down here I spent a few mornings on the gallops and was blown away by the quality and beauty and tranquillity of it