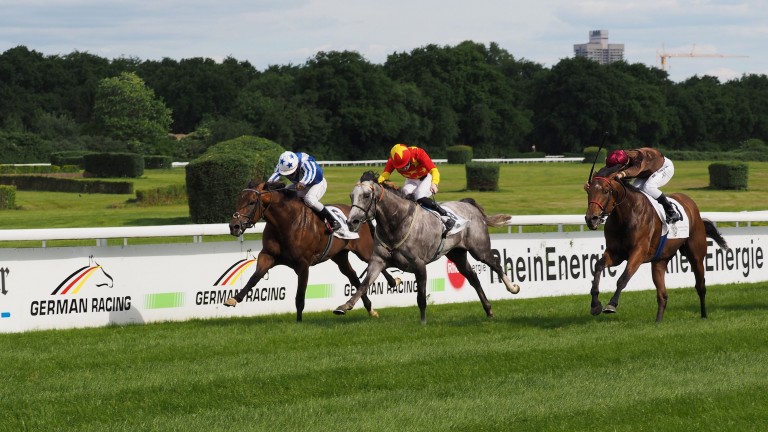 Proposals by German racing authorities to restart the sport on May 1 have been welcomed by trainer Lennart Hammer-Hansen, who could potentially team up with his British-based son, the leading apprentice Thore Hammer-Hansen, when the action gets underway.

Officials in Germany released a revised racing programme for the country last week, with prize-money set to be reduced, crowds forbidden and the Classics rescheduled, following the stoppage of the sport since March 16 due to the coronavirus pandemic.

An announcement on the resumption of sport in Germany is expected some time this week from the government, and Hammer-Hansen admits he and his fellow trainers are raring to go.

"If the government will allow for racing and football to start up again, without the public of course, then they will start on May 1 at Hannover with 22 race meetings planned for the next six weeks,” he said on Sunday. “We’re just hoping for that at the moment, but they have written out the races and I have entered horses for the May 3 at Cologne, so we’re hoping we’ll be able to start racing again soon."

Trainers have already started making entries with horses continuing to be trained during the shutdown, as they have been in Britain and Ireland throughout the crisis.

However, there still remains some uncertainty for trainers based in Germany about whether they will be restricted to racing in their own country or be able to travel to places such as France, as Hammer-Hansen, who trains near Baden-Baden, regularly does.

"We have until April 21 to make entries for the first four race meetings, so we still have a little time, but a lot of trainers have started making entries to show support," he said.

"As for France, the last news I heard this week was that racing should also start in the beginning of May, if possible, but there would only be French-trained horses at first. Then maybe they might allow foreign horses to come, so we’re not quite sure." 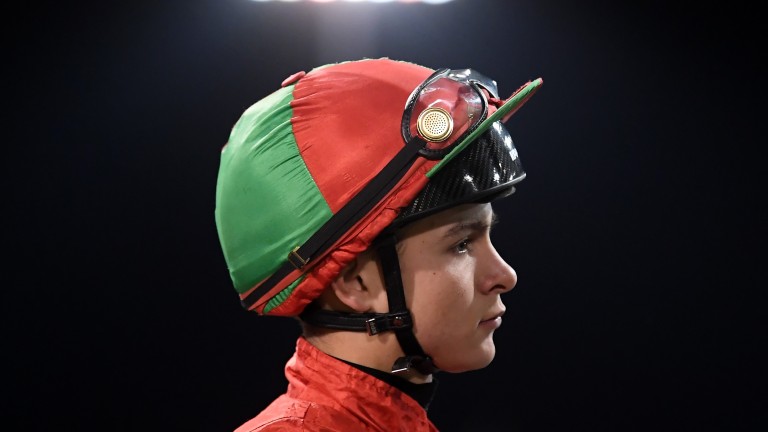 Thore Hammer-Hansen: could ride for his father Lennart when racing resumes
Getty Images

Should racing in Germany be allowed to resume, the action will be closely monitored by other racing nations that hope to bring back the sport in the coming weeks, as and when government restrictions on day-to-day life created by the threat of Covid-19 are eased.

The BHA are working on a timetable to restart racing in Britain on May 1 – granted government approval – but should the resumption be delayed, Hammer-Hansen is hopeful his son Thore, who rode 19 winners in Britain last season and is based with Richard Hannon, will be available to ride in Germany.

"He’s good and he’s just waiting for racing to restart so he can come back out and start riding again," Hammer-Hansen said.

"He’s keen to get back race riding because that’s what he really loves. As a young apprentice, and I know the feeling, all you want to do is sit on a horse in a race.

"If we can race at the start of May then I will get him to ride in Cologne on May 3 and Berlin on May 10 if he can get over here."

FIRST PUBLISHED 8:33AM, APR 13 2020
If the government will allow for racing and football to start up again, without the public of course, then they will start on May 1