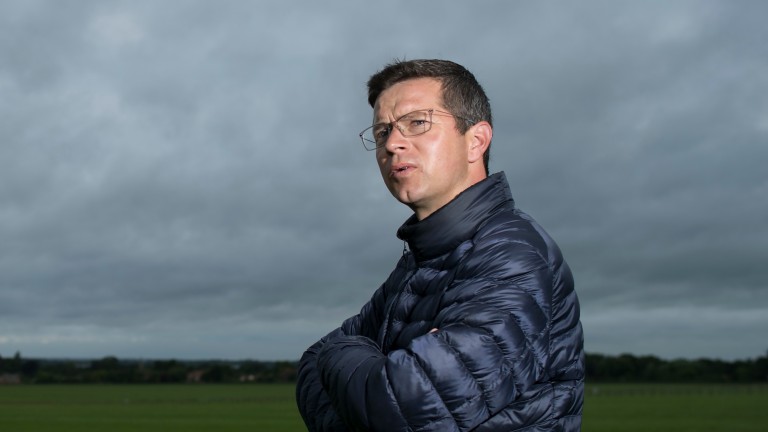 Roger Varian has completed his switch across Newmarket to begin the latest chapter of his career at Clive Brittain's former base at Carlburg Stables on the Bury Road.

Before completing the purchase of his new premises last November, Varian trained from Kremlin House Stables on the Fordham Road, where he first took over from his mentor Michael Jarvis in 2011.

Since then, Varian has enjoyed Classic success from Kremlin House with Kingston Hill in the St Leger in 2014 and also prepared Postponed to complete Group 1 hat-trick last year, including the Juddmonte International at York.

Following a mass movement of horses and staff over the last week, Varian is now up and running at his new premises, which lies between the rival powerhouses of Sir Michael Stoute and John Gosden.

Since retiring in 2015, Brittain had rented most of Carlburg out to Simon Crisford but with that arrangement coming to an end, the former Godolphin racing manager is now in the process of moving in the other direction to take a lease on Kremiln House.

Carlburg, which boasts 137 boxes, five horse-walkers, an equine swimming pool and a newly refurbished outdoor trotting ring is in prime location as it lies on the doorstep of the famous Limekilns training grounds and is also well-situated for Warren Hill.

Varian  said: “I enjoyed many happy years as both an assistant trainer and a trainer at Kremlin House and I was naturally sad to leave.

"However, Carlburg is a wonderful yard with a peerless history and I'm delighted to be training out of here. The facilities are excellent and the location is perfect, so I hope the move will allow us to continue to grow as a training operation."

He added: "The horses have settled in well and are becoming accustomed to their new surroundings. It is now a case of business as usual as we build up to the season - I hope we're set for a successful 2017 and beyond."

FIRST PUBLISHED 9:50AM, JAN 31 2017
The facilities are excellent and the location is perfect, so I hope the move will allow us to continue to grow as a training operation