Trainers batten down the hatches as hurricane-force winds batter Ireland 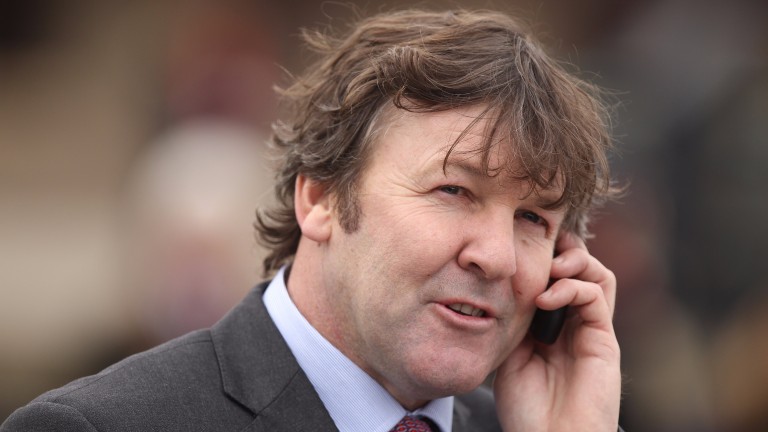 Storm Ophelia left more than 360,000 homes and businesses in Ireland without power on Monday, with trainers forced to batten down the hatches in the face of extremely strong winds.

Trainers in the south were hit hardest although, as the storm swept north, most trainers and breeders felt the wrath of what is officially the strongest storm to hit Ireland, which by Monday afternoon had claimed three lives.

Mick Winters, who trains in Kanturk in County Cork, was among those first affected, with gusts off the south coast reaching 109mph.

He said: "We'd ride out in anything but this morning we didn't ride out because the wind was too high.

"We were half-expecting it because we received plenty of warnings. We had most of the horses out yesterday so it wouldn't be as tough on them standing in all day today.

"You couldn't even put them on the walker this morning it's so bad here. The wind is very strong and it's carrying all sorts of stuff in it. You certainly wouldn't put a cat out in it."

Winters added: "A horse would be very easily spooked if a bucket came flying across the yard, so we said we'd better be safe than sorry.

"They're all happy out now eating cooking apples and carrots, but the storm is getting worse as we speak and I hope it doesn't do too much damage.”

An amber warning for Northern Ireland, Wales, south-west Scotland and the Isle of Man was in force on Monday, with the Gardai warning it could be several days before power is restored to some homes.

Trainer Enda Bolger, based in County Limerick, said: "We got first lot out this morning, and it was actually grand between 8am and 10am, but it got a lot worse after that and we decided to give the horses and the lads a day off.

"Between 11am and 1pm it was very bad, but we've escaped. The gallop and everything seems fine so we're all good in that sense. It has calmed down a lot from lunchtime."

Ophelia arrived from the Azores and comes 30 years after Britain's devastating storm of 1987. Taoiseach Leo Varadkar appealed for people to remain indoors  while schools were closed, and damage to buildings sustained.

The training grounds at the Curragh were closed from 11am, but racing is not scheduled to resume in Ireland until Wednesday, and Punchestown racecourse manager Richie Galway does not anticipate problems with the track's two-day meeting.

"We expect to have no issues with regards to holding racing here," he said. "I walked the track this morning and it's currently yielding, with heavy rainfall obviously forecast for today.

"The storm hasn't hit us too bad but we probably haven't felt the full force of it yet as we speak. We have been cautious in that we haven't put up any rails beside any of the hurdles or fences yet.

"It will be a case of coming in early on Tuesday and assessing any damage and getting the place ready for racing."

He added: "We've some terrific horses entered and are really looking forward to seeing them, along with hosting the John Shortt Legends Race on Thursday. It's a massive privilege for Punchestown and we don't expect the storm to have any great impact on our plans."

A yellow warning of 'very windy weather' also covered parts of Scotland, as well as the west and north of England, and Wales.

Met Eireann said the storm was forecast to travel north over western parts of Ireland, with "violent and destructive gusts" of 75mph to 93mph expected countrywide.

FIRST PUBLISHED 4:32PM, OCT 16 2017
You couldn't even put them on the walker this morning it's so bad here. The wind is very strong and it's carrying all sorts of stuff in it