Robbie McNamara to quit training due to personal reasons 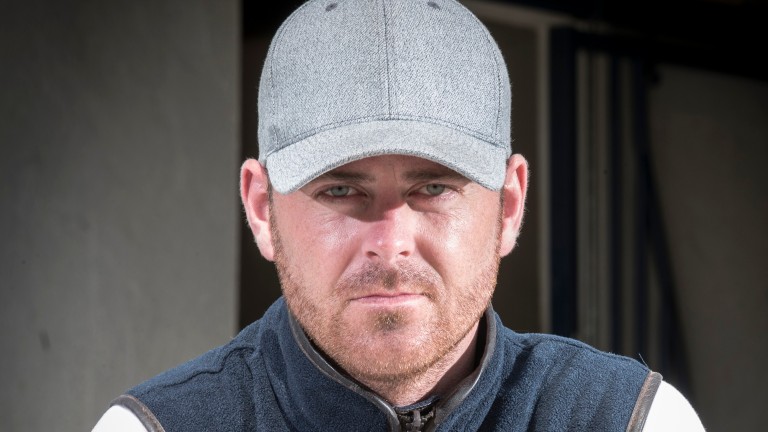 Robbie McNamara has said that personal reasons are behind a decision to quit his promising training career.

The dual Cheltenham Festival-winning rider, who was paralysed from the waist down following a fall at Wexford in April 2015, has been training on the Curragh since 2016.

He began with a bang when saddling a double from his first runners at Cork that summer, and has been enjoying his best season this term, with Lake Takapuna's win at Sligo at the end of September taking his ratio to 4-19.

However, McNamara has endured a trying time of things behind the scenes. He told irishracing.com that he'd hope to continue his involvement with racing in the future, adding: "I'd like to now focus on my own wellbeing and take a step back from the pressures of training."

Peterborough Chase to be run in honour of Edredon Bleu

The 2m4f showpiece is to be called the ABF Edredon Bleu Chase (registered as the Peterborough Chase). 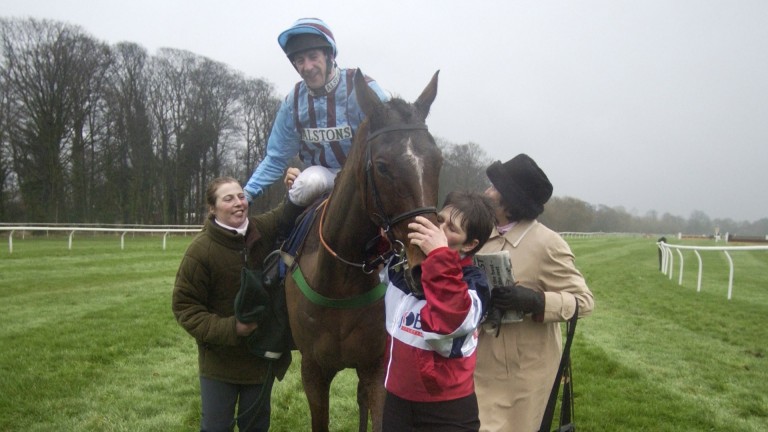 Edredon Bleu is led back in by delighted connections
Edward Whitaker

Huntingdon general manager Liam Johnson said: “Edredon Bleu was a stalwart at Huntingdon over a number of years and his performances in the Peterborough Chase will live long in the memory of those who were here to witness them in person or were watching them on Channel 4 Racing.

“As a mark of the respect and affection in which he was held by everyone, the racecourse and the ABF The Soldiers’ Charity are pleased to name our feature race this year in his memory.”

A Northern Race Meeting, a painting by LS Lowry, topped a glittering sale of modern British art at Christie's in London on Monday evening, selling for more than £5m.

The final bid of £5,296,250 was more than three times the estimate for the painting, which features a row of bookmakers, each with individual characteristics, behind a crowd of racegoers at an anonymous race meeting in the north.

Lowry, who died in 1976, is better known for his canvases featuring matchstick people in industrial landscapes, but painted this racing scene in 1956.

The painting has hung in the Graves Gallery in Sheffield for the last 40 years and was included in the centenary exhibition celebrating Lowry's work in 1987.

Barnett Shine, a London businessman, bought the painting at an exhibition in 1956 and it remained in his family but on public display since the death of Sylvia Shine.

The sale raised nearly £18m and also among the top ten lots were two by renowned sculptor and printmaker Dame Elisabeth Frink.

The 17-year-old sensation, who landed the 2017 Welsh Grand National aboard Raz De Maree, features in the jockey of the year and rising star categories.

His brother Sean joins him in the final four for jockey of the year, along with Adam Wedge and David Probert.

The winners of 11 categories will be announced at a ceremony at Chepstow on Thursday night.

Paddy Brennan has won his appeal against the decision of the Newbury stewards to administer a four-day improper riding ban for his performance on Ocean Cove this month.

The jockey tweeted after the verdict on Tuesday: “Really pleased to have been successful in appeal this morning. Felt I had a very fair hearing.”

Towcester’s scheduled fixture on Thursday, December 20, has been moved to Hexham, which will stage a six-race card.

Towcester went into administration in August and has not raced since May. Administrators of the track have sold the assets required for racing to a company linked to course chairman Lord Hesketh. The fate of the course will not be known until the new year.

FIRST PUBLISHED 6:09PM, NOV 19 2018
I'd like to now focus on my own wellbeing and take a step back from the pressures of training

'I was eating takeaways every night - but James pushed me that bit more' 'That's the real Metier' - Harry Fry relieved after Sovereign Hurdle success Fergal O'Brien has personal-best tally in sight as Karl Philippe triumphs Lingfield providing a million reasons to smile on first day of new festival 'Eerie, spooky and magnificent' - Nicky Henderson's most magical of days Mister Fisher the highlight of 821-1 Kempton four-timer for Nicky Henderson