Talk of the Tracks CORK 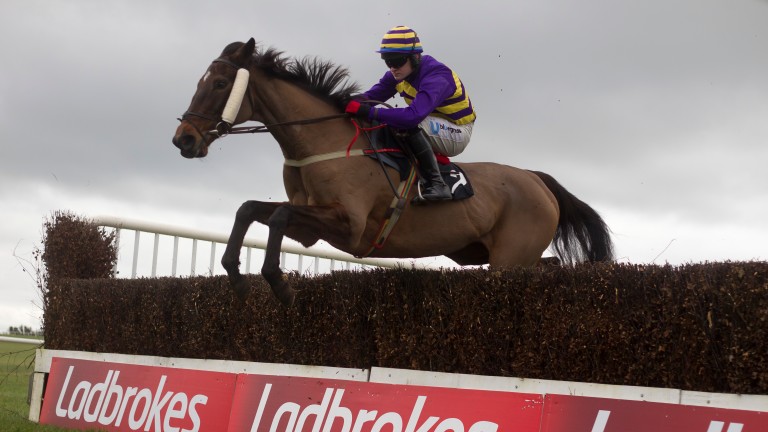 Emcon (here at Thurles) provided her trainer with a much needed winner
Patrick McCann
1 of 1
By Justin O'Hanlon 6:54PM, NOV 20 2016

Willie Austin was worried about the health of his charges coming into yesterday’s Cork fixture but his tough mare Emcon proved to be made of sterner stuff, not for the first time, as she ground out a battling success in the feature 2m4f handicap hurdle under Kevin Sexton.

The daughter of Vinnie Roe was the first of the leading group to come off the bridle before they turned for home but she ended up fending off a couple of rivals that were travelling far better than her as she stayed on strongly from the last to narrowly hold off the strong-finishing Oiche Mhaith Boy and the somewhat flattering top-weight Cliff House by a pair of necks.

"The rest of our horses ran so bad during the week that I didn't know what was going to happen today," said Austin, adding: "I suppose we'll stay over hurdles for now and run her in another of these 0-140 or 0-150 handicap hurdles, I haven't looked at the calendar but there's probably plenty of them coming up.

"She loves the ground and she likes it around here too, that's two she's won here."

Westerner makes a point for O’Grady

"They're there to be jumped," said Eoghan O’Grady after his stable standard bearer Westerner Point landed the 2m1f handicap chase, which constituted the other feature contest of the day, and hardly has the old adage ever proven more true than in this race.

The sound-jumping winner, under Philip Enright, put in a big jump at the last while his main rival, Riviera Sun, did not and the rapidly diminishing short head between them at the line underlined just how crucial both jumps were.

It was certainly a welcome winner though for O’Grady who trains at the local townland of Ballycushen, his first since March.

"He loves that kind of winter ground, we were probably a bit lucky today with the mistake the favourite made at the last but we’re delighted," he said.

The defeat of Riviera Sun was just about the only reverse suffered by Henry de Bromhead. His double at Punchestown was added to by the impressive debut success of Peace News in the opening maiden hurdle here.

The task of steering this one to victory was given to 7lb claimer Dylan Robinson, and the son of Sholokhov did not let him down as he registered a taking two-and-a-half length success from two other interesting types in Chirico Vallis and Timi Roli.

"He's a good one, it was very easy for him and he jumped well too. There was plenty more gears left there," said Robinson.

Fog is a curious and indiscriminate phenomonen. It was a nightmare for anybody trying to assess a race at Punchestown yesterday, and it could easily have been a factor at Cork too. A thick blanket of the stuff seemed to cover the length of the country and only broke not many miles from Mallow. There but for the grace of God and all that.

FIRST PUBLISHED 5:50PM, NOV 20 2016
The rest of our horses ran so bad during the week that I didn't know what was going to happen today