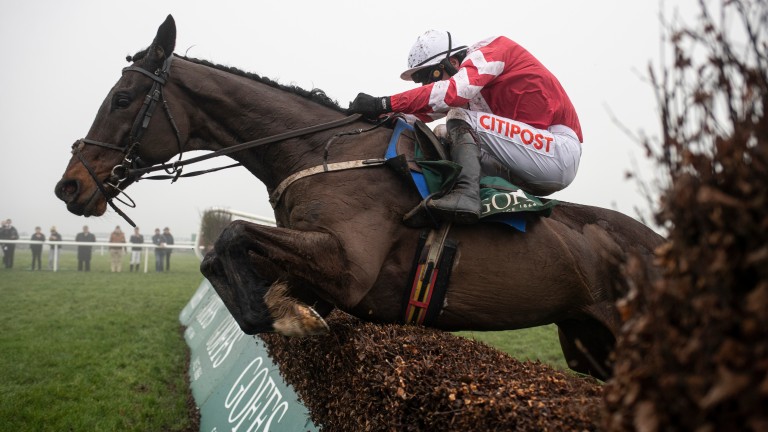 The perennial champion trainer's revered status at his home venue was already assured, but his nephew Danny enhanced his own standing as a local hero by coolly guiding the 11-year-old home over five lengths clear of stablemate Class Conti.

It marked a first win over fences for Total Recall since he won the 2017 Ladbrokes Trophy at Newbury, and his first in any sphere since scoring over hurdles on his subsequent start at Leopardstown two months later.

"It was great to see Total Recall winning another big handicap," Mullins said. "I didn't think he could after winning the Ladbrokes Trophy and Munster National. I thought Chef Des Obeaux might have been our one today but he was pulled-up early."

There was a distinct emphasis on stamina in the prestigious €100,000 three-mile one furlong chase with ground conditions pretty gruelling. Mindful of Total Recall's tendency to get wound up, Mullins took the 16-1 shot down to the start late and ended up breaking slowly, before nursing him through from the rear to lead three-out.

From there, bar reaching for the second-last, they stamped their authority all over proceedings. Visibilty was poor, but there was no doubting Total Recall's superiority, which saw him receive quotes of around 25-1 for the Randox Health Grand National.

"Danny said he missed the break, but he was as cool as a cucumber and he got two or three quick jumps down the back and that put him into the race," Mullins added. 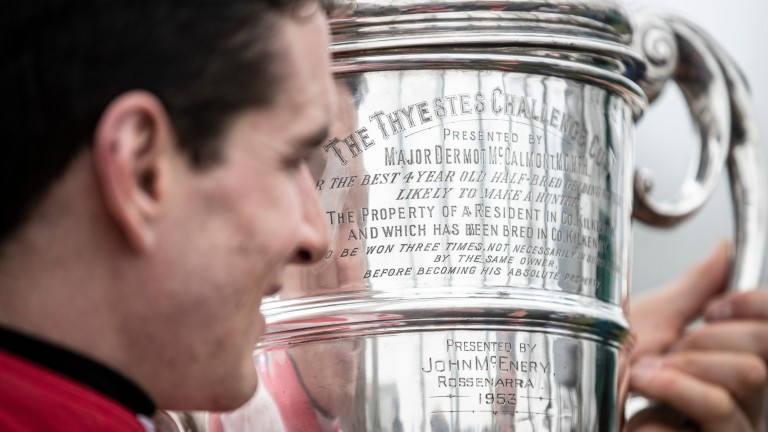 "He stays and stays – he stays all day. After missing the break I didn't think he had the gears to get himself back into contention. They went a strong pace up front and I think that helped him."

Apart from being a victory particularly close to the heart of the 28-year-old rider, whose parents Tony and Mags also remain ensconced in the vicinity, it continued his tremendous run of form this term. Among other significant wins, he has already claimed the Morgiana Hurdle aboard Saldier and the Hilly Way Chase on Cilaos Emery, maximising the increased opportunities following Ruby Walsh’s retirement.

It also meant he emulated his cousin David, who won the 2017 Thyestes aboard Champagne West, and his late grandfather Paddy, who saddled Dim Wit to prevail in 1972. A glorious family legacy further embellished.

"It's fantastic. This is the day everybody looks forward to at Gowran," said the rider. "Any €100,000 handicap is fantastic but it just makes it that little bit more special. My dad's place is just across the road and I grew up coming to Gowran and would have been getting out of school to come to the Thyestes, so to win on their big day is special." 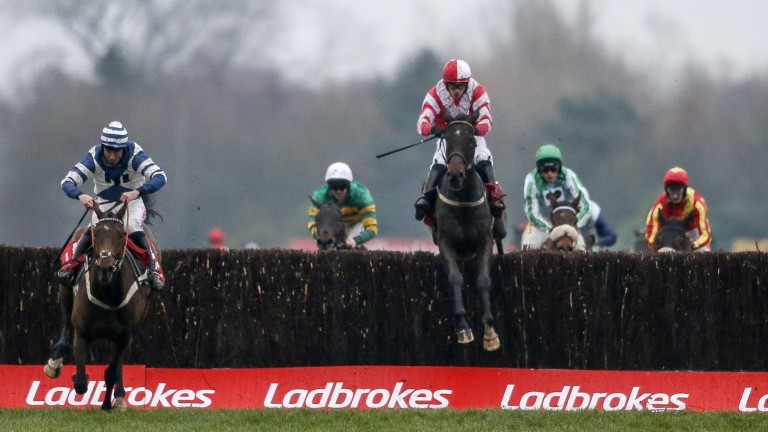 Minella Fair travelled nicely in conditions that suited him well but could not get close enough to challenge the winner. He eventually took third from Ex Patriot.

The winner is owned by the Slaneyville Syndicate, a family conglomerate headed by Hardy Eustace’s owner Lar Byrne.

Of his tactics on Total Recall, Mullins explained: "I went down late to the start as he can get a bit excited. Paddy [Mullins] said for the Irish National last year he ran his race beforehand so we were conscious to keep his cool before he jumped off.

"We missed the kick a little bit but if I'd have revved him up before the tapes I might have run my race early on, so I just had to let him flow into it. A few big jumps is what you need in these big handicaps to put them in a good slot and he galloped all the way to the line.

"He made the mistake two-out but he didn't lose any ground from the back of it. It was a significant enough error but once you're not losing ground you're okay."

FIRST PUBLISHED 3:12PM, JAN 23 2020
My dad's place is just across the road and I grew up coming to Gowran and would have been getting out of school to come to the Thyestes

Oisin Murphy lands top jockey honours as Foxes Tales storms home 'Hopefully he's not finished yet' - Rohaan continues his remarkable rise Dream Of Dreams edges out Glen Shiel to finally get his Diamond Jubilee 'What a filly' - Wonderful Tonight a Royal Ascot first for delighted connections Doyle Force: Creative rider off the mark for the week as Appleby bags a 1-2 'He could be a Guineas/Derby horse' - O'Brien excited by Point Lonsdale