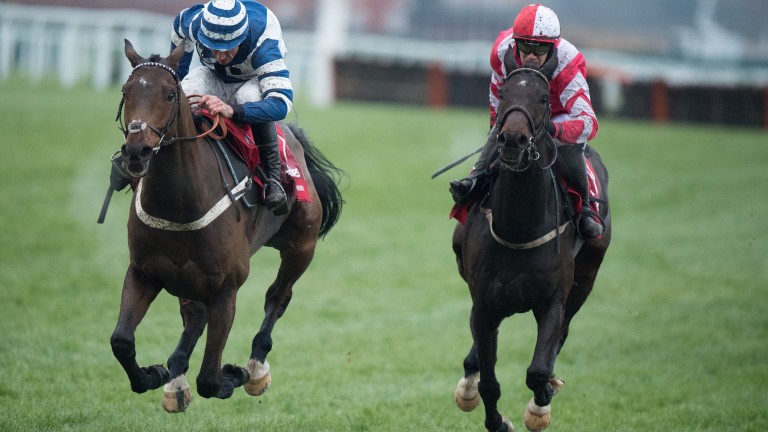 Total Recall and Paul Townend (right) battle it out with Whisper in a thriller for the Ladbrokes Trophy at Newbury
Edward Whitaker
1 of 1
By David Jennings 3:15PM, JAN 24 2018

Ladbrokes Trophy winner Total Recall could bid to plunder another big handicap after his name was among a bumper entry for the €100,000 Chanelle Pharma Handicap Chase at Leopardstown on February 3.

Registered as the Leopardstown Handicap Chase, a record-breaking 67 entries were unveiled for the Chanelle Pharma-sponsored event over 2m5f and Willie Mullins was responsible for 13 of them, including Total Recall. There were only 40 entries for the race in 2017.

As well as Total Recall, Mullins has also entered Black Hercules, Polidam, Townshend and Benie Des Dieux, while the Gordon Elliott-trained A Toi Phil tops the weights after his decisive win in the Kinloch Brae Chase at Thurles on Sunday. 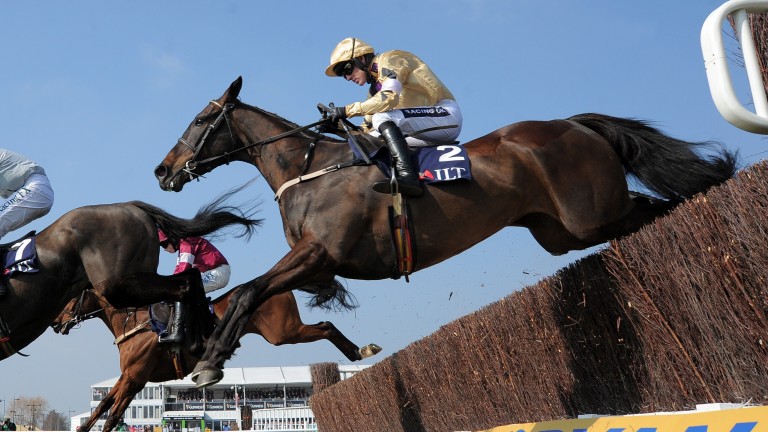 Topping the weights for the €100,000 contest is the Elliott-trained Campeador and this season’s leading trainer could also call upon recent Limerick Grade 3 winner Duca De Thaix, the exciting four-year-old Mitchouka and Ben Dundee.

The Jessica Harrington-trained Don’t Touch It and Henry De Bromhead’s Ordinary World head the weights for the €75,000 Sandyford Handicap Chase.

The William Fry Handicap Hurdle on day two is worth €75,000 and boasts an entry of 49 horses, headed by Prince Of Scars who won the Grade 1 Squared Financial Christmas Hurdle at the track in 2015. 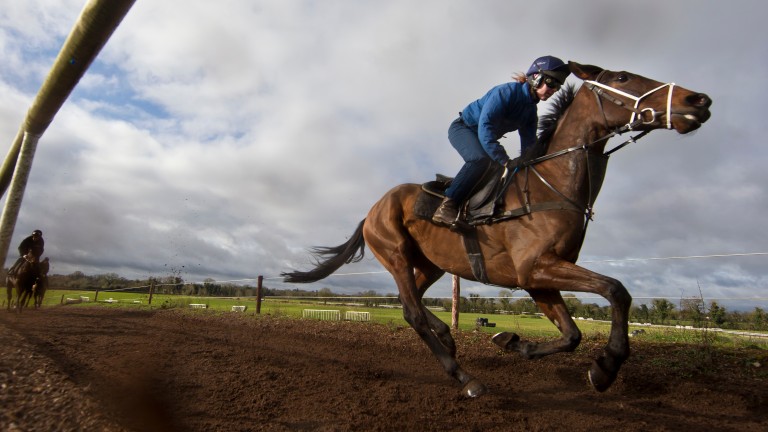 Ellie Mac, trained by Henry De Bromhead, was a popular winner at the Leopardstown Christmas Festival and she is among 26 horses entered for the €75,000 Irish Stallion Farms EBF Paddy Mullins Mares Handicap Hurdle.

Pat Keogh, Chief Executive of Leopardstown Racecourse, said: "We are all very excited about the Dublin Racing Festival which is only around the corner. The entries for the handicaps are very strong and this is a weekend of racing not to be missed."

If you liked this, you may also enjoy:

FIRST PUBLISHED 6:49PM, JAN 22 2018
The entries for the handicaps are very strong and this is a weekend of racing not to be missed