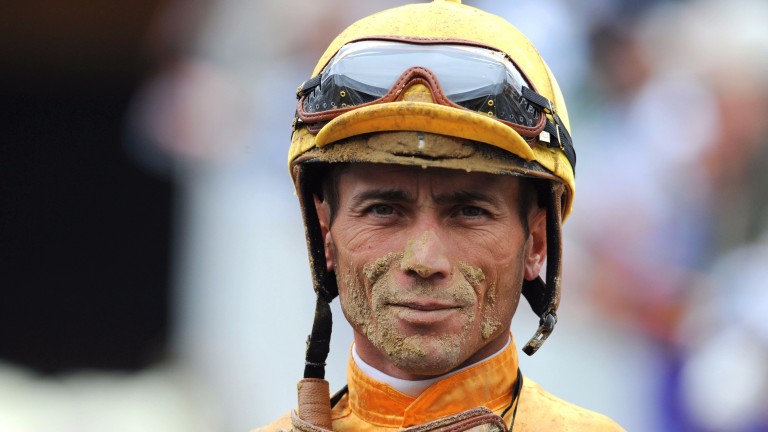 Garrett Gomez, the former top US jockey who was found dead in a hotel room in December, died of an accidental drug overdose, a post-mortem has found.

Gomez, a two-time Eclipse Award winner who was the only jockey to defeat Zenyatta when he rode Blame to victory over the mare in the 2010 Breeders' Cup Classic, died in December at a casino hotel near Tucson, Arizona, aged 44.

The chief medical examiner of Pima County in Arizona, Dr Gregory Hess, has now ruled the death an accident due to methamphetamine overdose, according to the Paulick Report.

Gomez had retired from the saddle in June 2015, albeit after a two-year absence from the sport, having ridden 3,769 winners, among them 83 Grade 1s and 13 Breeders' Cup successes – most notably the victory on Blame.

However, his career was also interrupted by substance and alcohol-abuse problems, which were detailed in the book he co-authored under the title The Garrett Gomez Story: A Jockey's Journey Through Addiction & Salvation.

Gomez spent nine spells in rehab and even served time in jail but for several years while based in southern California he kept his demons in check well enough to land the Eclipse Award as North America's champion jockey in 2007 and 2008, and also led the US in prize-money for a four-year spell from 2006. For a time he was also Godolphin's go-to jockey in the US.

In the summer of 2013, Gomez sought treatment for alcoholism and missed a significant proportion of that year's Hollywood Park meeting to address issues he said were related to his marriage. His final ride came at Keeneland in October 2013.

Gomez, who was reported to have split from second wife Pam, had been primarily living in a trailer near Tucson, but had checked into the casino hotel, the Desert Diamond.

FIRST PUBLISHED 4:18PM, FEB 2 2017
Gomez, a two-time Eclipse Award winner, was the only jockey to defeat Zenyatta when he rode Blame to victory in the 2010 Breeders' Cup Classic