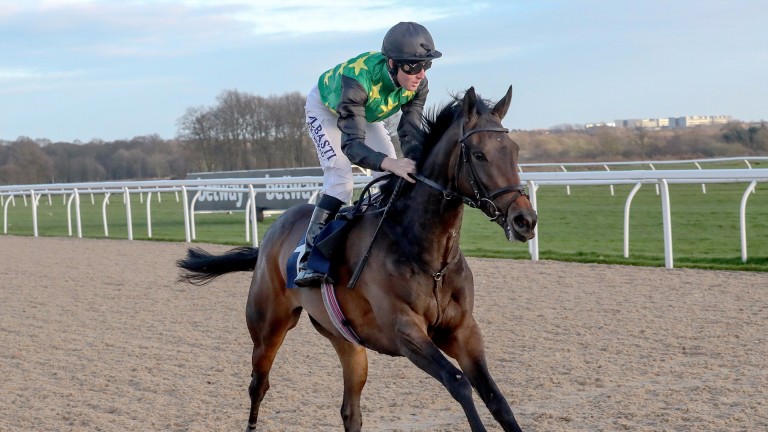 Saeed Bin Suroor, trainer of Best Solution
He didn't really handle the dirt in Dubai where he ran twice over winter. Since his return, he's worked well on the watered gallop and the rain they've had will help him as he ran well on the soft in France last year. He has a penalty but he should still give a good account.

Ed Dunlop, trainer of Apex King
We're desperate to run him as he's missed two engagements already this year due to quick ground, most recently the Dee Stakes at Chester. It's a tough ask but he's a tough horse and he will certainly enjoy the rain they've had.

John Gosden, trainer of Glencadam Glory and Tartini
Glencadam Glory missed the break at Sandown first time out and did well to finish where he did in fifth at the finish. It's a tough race but hopefully he breaks better this time. Tartini met trouble in running before finishing fourth to Cracksman at Epsom and the second has won since. He came out of that in good shape and should give another good account.

Aidan O'Brien, trainer of Sir John Lavery
He improved nicely from his first run last year to win a one mile maiden by seven lengths at Gowran Park. He's very well and ready to start. We're hoping for a good performance.

Charlie Appleby, trainer of Zamfir
The form of his maiden win at Leicester is working out well and the step up in trip will suit him. He's worked nicely since and this will give us a guide to where he fits in as regards the Derby picture.

Ralph Beckett, trainer of Camerone
She is a very lazy worker and looks after herself at home. She has a terrific pedigree and I'm pretty sure she'll stay, so it makes sense to have a crack. From a Brighton maiden to the Lingfield Oaks Trial is not a particularly well trodden route, let alone from Brighton to the Oaks itself.

Harry Dunlop, trainer of Flight Of Fantasy
Like some of the others in the race we realise she will have to improve to win the race but the object of the exercise is to get some black type. She's very well and we have her in the Ribblesdale which could be her next target is all goes well.

John Gosden, trainer of Hertford Dancer and Mary Anne Evans
Both fillies have plenty to find on the ratings but it's a small field so hopefully they can pick up some black type. Hertford Dancer has shown she can handle tight turns on the all-weather so should be fine on the track. Mary Anne Evans ran nicely at Nottingham last time and also could nick a place.

Aidan O'Brien, trainer of Pocketfullofdreams
She's a maiden who has progressed with each run this year, finishing second in a Listed race last time. She's in good form and we're hoping she can improve again.

William Haggas, trainer of The Sky Is Blazing
She's up in class and trip and her pedigree suggests she'll improve for the extra distance. She did it nicely on her debut at Newcastle and I'm looking forward to seeing how she gets on. I expect her to run a good race and this will tell us where we are as regards future plans.

FIRST PUBLISHED 6:00PM, MAY 12 2017
She did it nicely on her debut at Newcastle and I'm looking forward to seeing how she gets on