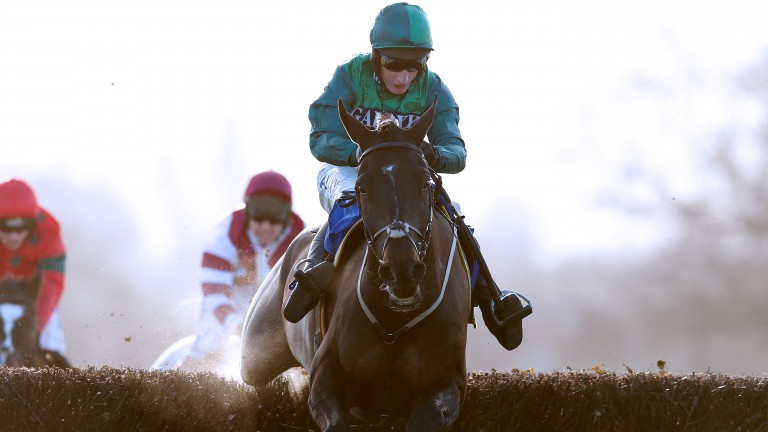 Calett Mad bids to take the next step up the chasing ladder at Wetherby
Phil Mingo/Pinnacle
1 of 1
By Richard Birch 4:34PM, FEB 3 2017

Calett Mad, who holds standout claims based on official ratings, bids to take his record to three wins from four starts since joining Nigel Twiston-Davies.

The lightly-raced five-year-old was firmly on top at the finish at Taunton on his most recent outing, and looks a highly progressive sort.

Twiston-Davies won this Grade 2 event 12 months ago with subsequent RSA Chase hero Blaklion, and Calett Mad is also likely to be Cheltenham-bound if passing this assignment with flying colours.

Missed Approach on the up

Missed Approach, a 145-rated hurdler, ploughed through the testing ground at Lingfield last time to open his account over fences for Warren Greatrex. This rates a stiffer test, but his confidence is likely to be sky-high and the trainer clearly holds him in some regard.

Baywing took full advantage of a low opening mark over hurdles to win four handicaps in the mud last winter, culminating in a comfortable Haydock victory.

Connections have always maintained he will make his mark as a chaser, and any further rain will be to his advantage, all four career wins having been achieved on officially heavy ground. He could prove a lively outsider given such conditions.

Sue Smith, trainer of Delusionofgrandeur
He’s got a penalty and must give weight to all of his rivals, but is in decent form off the back of his Catterick win last time out. There is no reason why he won’t run a big race.

Nicky Richards, trainer of Baywing
He did really well last year. The key to him is soft or heavy ground; the heavier the better. I thought he ran a nice race at Wetherby first time over fences. He needed that run badly. I put him in the Towton because I had a feeling it might cut up and we need to get some more experience into him. If it came up soft at Cheltenham we’d have to consider the four-miler for him.

Nigel Twiston-Davies, trainer of Calett Mad
He did nothing wrong at Taunton and is top-rated on handicap ratings so he should run very well.

Warren Greatrex, trainer of Missed Approach
He is a horse who I think the world of. He was very impressive last time out and is in great form at home. The softer the ground the better.

Sandy Thomson, trainer of The Dutchman
He has got good winning form at the course, and it isn’t the strongest of Grade 2 races compared to some other years. We’ve been working away at his jumping, and he deserves to take his chance.