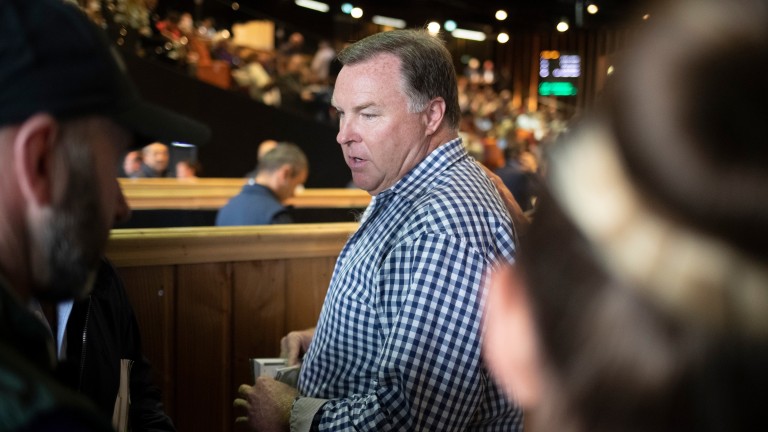 Phoenix Thoroughbreds vice-president Tom Ludt has become the latest high-profile racing professional to cut ties with the troubled organisation, citing concerns over allegations that money from a fake cryptocurrency revealed to be a global Ponzi scheme may have been invested in the self-styled "world’s first regulated thoroughbred fund".

Ludt, a former Breeders' Cup chairman who oversaw the day-to-day running of Phoenix Thoroughbreds since joining the big-spending outfit in December 2017, said he accepted a termination agreement after confronting founder Amer Abdulaziz Salman over claims he was linked to the fraudulent cryptocurrency OneCoin, allegations that emerged in a New York court last year.

Abdulaziz denies the allegations, which first came to widespread public attention last November when they were reported in the Racing Post.

They concern stunning claims made during the New York trial of Mark Scott, a former lawyer, that Abdulaziz was involved in handling proceeds from OneCoin, which is estimated to have scammed $4 billion out of victims who believed they were investing in a cryptocurrency like Bitcoin, but had actually been duped into joining a sophisticated pyramid scheme.

Court testimony alleged Abdulaziz and his Phoenix Fund Investments, the Dubai-registered parent company of Phoenix Thoroughbreds, were a key component of the network washing money for those behind the fraudulent scheme, which has been described as one of the biggest financial scams ever perpetrated.

Following the publication of these explosive allegations – which are categorically denied by Phoenix – Ludt sought further assurances from his then-employer that the claims were without foundation.

According to Ludt, Abdulaziz denied any involvement in OneCoin, but allegedly admitted that Scott, who faces up to 50 years in prison for his role in the scandal, put money into Phoenix via a series of investment vehicles called the Fenero Funds. These funds were used to launder $400 million in OneCoin proceeds. 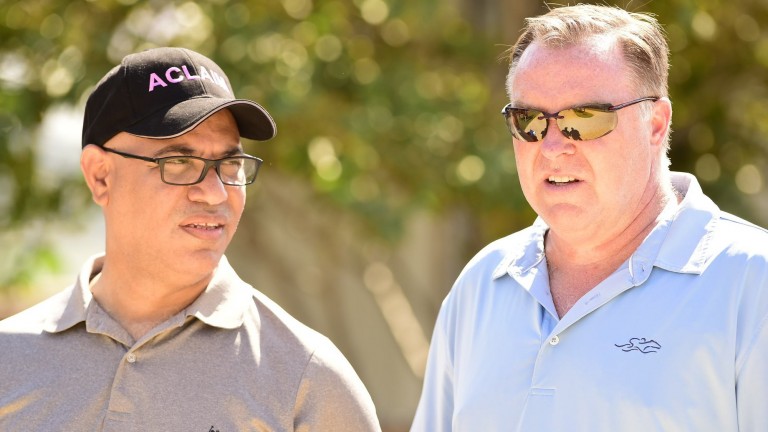 Ludt, speaking for the first time since leaving Phoenix, told the Racing Post: "[The RP story] was the first I heard of [the allegations] so I was shocked. We had discussions afterwards and he [Abdulaziz] completely denied that he had anything to do with it.

"I don't remember the exact dates but there was some dialogue and I point blank asked what the heck was going on because I’d spent the last two and a half years of my life travelling the world for this company and I didn’t want to get dragged down with a bad reputation.

"He’s continually denied it and he’s indicated he had investors from that company [Fenero] but never OneCoin. I've never been involved [in the fund], so I don’t know, but everything’s changed since then. I continued to ask him to do some interviews with the press to talk about it and he just wouldn’t do it. Everything changed when that came out.

"He told me that Mark Scott invested [in Phoenix] through Fenero, but that’s all I knew. He did not deny Fenero funds had gone into Phoenix."

The former lawyer was found to have established a series of funds, collectively known as the Fenero Funds, to route OneCoin cash between destinations. US prosecutors allege €185 million was sent from one such fund, Fenero Equity Investments (Ireland) Ltd, to Phoenix Fund Investments, the Dubai-based fund of Abdulaziz, between January and April 2017.

Courtroom testimony from convicted fraudster Konstantin Ignatov, the brother of OneCoin founder Dr Ruja Ignatova, alleged that Abdulaziz was a key player in the scam, before he supposedly turned on his co-conspirators and stole €100m.

Ignatov testified at the trial that Abdulaziz subsequently “started buying racehorses for, like, €25m. [He was] one of the main money-launderers”. He added the theft was not reported as “the money came from a criminal activity”. 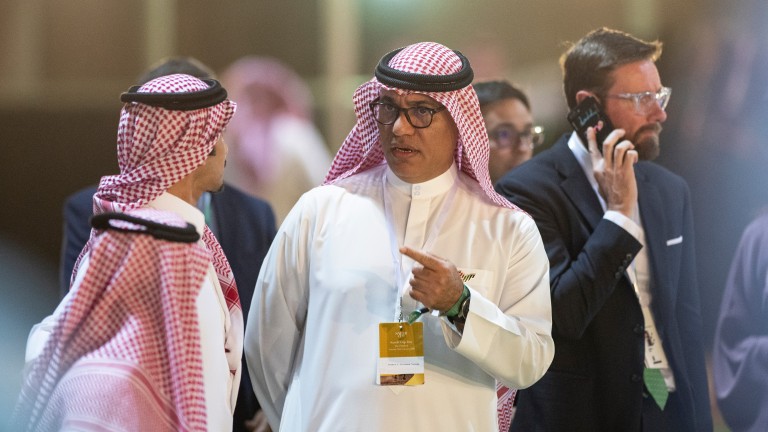 Phoenix Fund Investments and Abdulaziz did not respond to requests for comment from the Racing Post, but when the allegations first came to light in November 2019 issued the following statement: "Phoenix Fund Investments LLC categorically denies all allegations made against it, and its owner, Mr Amer Abdulaziz, in legal proceedings against OneCoin and its conspirators in the US.

"Phoenix Fund Investments LLC believes that the firm and Mr Amer Abdulaziz have acted according to the law at all times, and will vigorously contest all allegations of wrongdoing.

"Phoenix Fund Investments LLC will fully cooperate with relevant authorities should they require any assistance."

Abdulaziz and Phoenix representatives have declined to respond to any specific questions submitted by the Racing Post since last November.

Among the allegations Abdulaziz has yet to address is one relating to the apparent use of the Phoenix Business Center, a serviced office facility in a Dubai skyscraper and one of a number of businesses controlled by Phoenix Fund Investments, as a OneCoin office.

In December the Racing Post obtained video and social media evidence that demonstrated OneCoin, which has now all but collapsed as its key players have been arrested or gone underground following a series of criminal investigations and media exposes, operated in the Phoenix premises from November 2017 until around the spring of 2018. The footage does not show whether Abdulaziz knew of the arrangement, but he has offered no comment on how OneCoin came to be based there, or the extent to which he was involved with or aware of its activities.

Abdulaziz also initially declined to comment on a Racing Post report that revealed his much-vaunted thoroughbred investment fund, which he repeatedly claimed was based in Luxembourg and was "the only regulated [thoroughbred] fund worldwide", had been placed into voluntary liquidation and never operated as a functioning fund after the investment manager approached to run it walked away during the due diligence phase.

In January, almost two months after that report appeared, Phoenix released a statement saying it took the decision in June 2019 to "formally dissolve the registered fund [in Luxembourg] before it received any investor monies or became operational".

To date, Abdulaziz has declined to identify a single investor in the Phoenix fund, citing client confidentiality, nor have any investors independently come forward to substantiate the fund's legitimacy. Despite his seniority in the organisation, Ludt claimed he also never met or knew the identity of any investors.

Phoenix Thoroughbreds continues to operate in multiple jurisdictions and in July had a runner in the Oaks at Epsom. Last November the BHA said it would be "making inquiries as a priority" into Phoenix.

This story is exclusive to Members' Club Ultimate subscribers. Read more on this story here:

Ludt exit latest in string of departures from troubled Phoenix

OneCoin scammers had office in premises operated by Phoenix boss

FIRST PUBLISHED 6:00PM, AUG 8 2020
We had discussions afterwards and he [Abdulaziz] completely denied that he had anything to do with it