Top Notch out to continue progress over fences 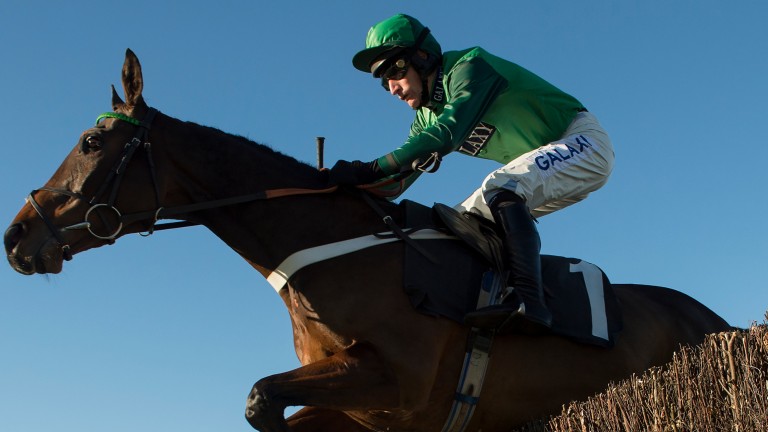 The former, who finished fifth to Annie Power in the Champion Hurdle in March, has taken well to fences this season, registering two wins from three starts, while the 142-rated Hammersly Lake also possesses stacks of natural ability.

"This is a bit of a step up for Top Notch, but he deserves it after two easy wins and his confidence is growing day on day," Henderson wrote on his Stan James blog. "He seems a very happy horse. These are bigger fences and he's only a little horse, but he jumps well and, fingers crossed, he can go well."

The trainer added: "It was a bit short for Hammersly Lake at Cheltenham and this trip is much more up his street. He's been working well at home."

Paul Nicholls has dominated this £25,000 race in recent years, winning it five consecutive times in the period 2008-14, and he fields a strong challenger to the Henderson pair in 2014 Paddy Power Gold Cup hero Caid Du Berlais, the mount of Sam Twiston-Davies who was in tremendous form at the track on Friday.

"The ground was far, far too soft for Caid Du Berlais at Haydock last time," Nicholls said. “This should suit him much better.”

Colin Tizzard, who has excelled at the major Saturday meetings so far this season, fields two of the leading contenders for the BGC Partners Handicap Chase in Ultragold and Dusky Lark. "Ultragold has top weight, but he's at the top of his form and seems in good shape at home," Tizzard said.

"Dusky Lark has schooled plenty since Kempton [where he made several mistakes] and has been fine, so I don't think jumping is an issue. They are both in the right race at the right trip."

Henderson saddles the nine-year-old Captain Conan, who takes a huge drop in class, having almost exclusively been confined to Grade 1 and 2 company during his career.

"Captain Conan is a very high-class horse and it would be nice if he could do a Whisper-type comeback and prove he retains all his ability," Henderson said.

“He's in great form and very well in himself. His preparation has gone well and he arrives in good shape.”

Jonjo O’Neill is represented by In The Rough and Join The Clan, with the latter out to redeem himself after a moderate effort at Ffos Las behind Pearl Swan last time.

"Join The Clan was very disappointing at Ffos Las," O’Neill said. "We couldn’t find much wrong with him afterwards, so we can only hope he puts up a good show."

He added: "In The Rough [a winner at Uttoxeter in the autumn] is in good form, and will hopefully run well."

Nicholls expects Orbasa, who performed below his best at Aintree when sent off favourite, to show his true colours this time.

"He disappointed the other day, but blatantly needed the run," the champion trainer said. "He'll be fitter this time."

FIRST PUBLISHED 6:00PM, DEC 16 2016
He seems a very happy horse. These are bigger fences and he's only a little horse, but he jumps well and, fingers crossed, he can go well