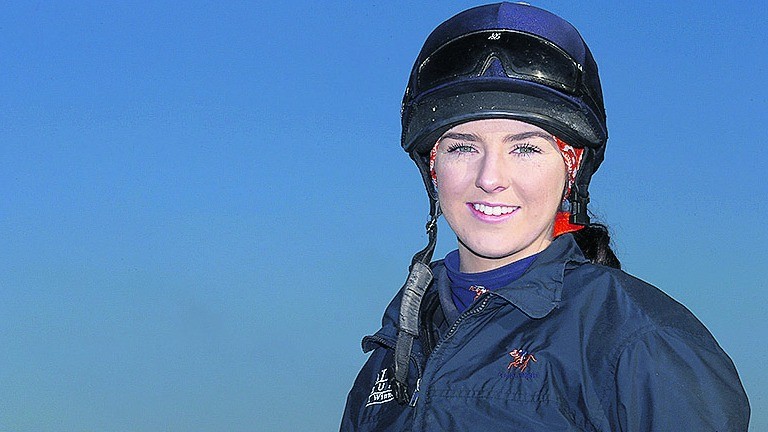 One year on from "the best day of my life", Elisha Whittington is still buzzing and unstoppably enthusiastic about her David Nicholson Newcomer accolade at the 2017 Godolphin Stud and Stable Staff Awards.

It's not just the upcoming prize trip to Dubai that's exercising the thoughts of the 20-year-old from Runcorn, although that's at the forefront of her mind with just a few weeks to go before she flies out. It's every bit as much the mighty compliment of being nominated by her guvnor Tom Dascombe and the psychological boost of being selected from such a wide-ranging group of her peers at an occasion that might best be described as glittering, in a London hotel that was memorably swish.

"It was amazing and I've barely got over it yet," she enthuses after a morning's work at Manor House Stables in Cheshire. "There's so much I've done since. I didn't even know the boss had put me forward so when I received the letter I was so shocked, and when I got down to the final three I was even more shocked. I didn't know what to expect when I went down there but it was incredible.

"All of it was such a surprise but it just shows that if you work hard enough something will come out of it. Now I want to get my first winner under my belt and get rolling."

The awards, now in their 14th year, are intended to "recognise and reward the outstanding skills, commitment and contribution of racing's 6,000 stud and stable staff who work tirelessly behind the scenes of the racing and breeding industries". Whittington fitted the bill perfectly in the opinion of both the judges and her own employer.

Having taken out an apprentice licence last summer, she has had ten rides without breaking her duck, but the debut success won't be long in coming if the assessment of her that Dascombe, her boss since 2015, provided for the GSSSA is anything to go by. "Elisha is self-motivated, enthusiastic, hard-working and a joy to have as part of the team," he said. "She has taken on roles above and beyond her job description including heading a talk on the horseracing industry that received a standing ovation."

High praise indeed from a reliable source, and words the youngster is keen to live up to in her busy working day. "I get up so early I barely have time to brush my hair, just get up and go because you know you’re going to get windswept anyway," she laughs. "I ride four lots of about an hour each, then give them a good brush over, make sure the yard's all tidy, sweep up and help out, then come back at four, do your five horses, feed, hay, groom, sweep again and make sure it's all spotless. The boss keeps everyone on their toes but it's a great place to work."

It's a full-on schedule for a girl with no family background in the sport – barring a keen armchair punter of an uncle – who taught herself to ride and who had to work hard to convince her father that racing was the right way to go for a daughter studying for A-levels with a career as a PE teacher on the horizon.

She succeeded, of course, and perhaps her career progression is some kind of karmic reward for the act of kindness that brought her her first pony. 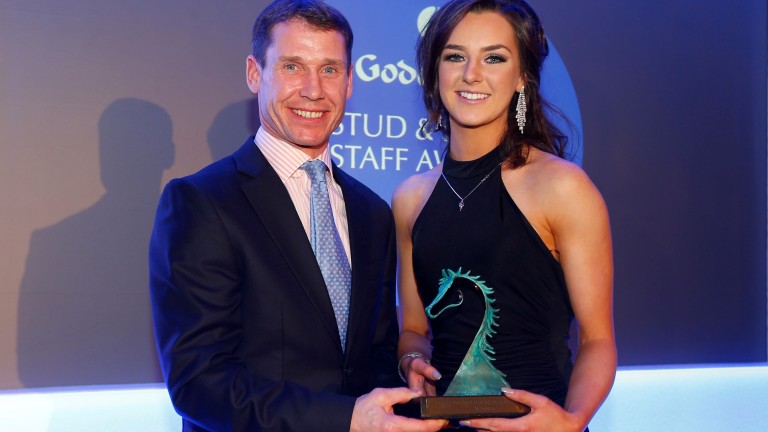 "When I got into racing through spending a lot of time at Uncle Paddy's, a friend of mine was riding a horse that was going for meat," she explains. "I said I'd have her, Dad said no, but I rang the woman and said I'd buy her and pick her up the next day, when she was due to be taken away. I saved her life and started riding her, got the bug and then dropped my A-levels and went to work at Donald McCain's for six months, where I started riding out.

"Dad was a bit on edge because he thought it was just a hobby and I'd grow out of it, but I told him how much I loved it, and I still passed my exams and got my sports diploma online while I was working full time. Now I go to schools and do speeches and assemblies, talk to the kids and tell them about all the jobs in racing. A lot of them think it's all about riding but there's so much more to it, and we've had 100 children from the schools coming to the yard.

"I'd definitely encourage them that racing is a good way of life, although I'd have to warn them it can be a bit cold – when you're on the move you warm up soon enough, though."

Whittington may be a racing ambassador and mentor these days, but making the grade as a jockey is her main aim and her enthusiasm for the task is infectious as she, along with the rest of the Flat racing world, awaits the start of the new season. She seems to adore racing and all it involves – apart from the cold and the messy hair.

"I love horses, everything about them," she says, "and it's so nice at the moment because all the babies are arriving at the yard and we're breaking them in and watching them grow up. They've started doing little pieces of work and every day they're learning more until in May they'll be running in their first races.

"It's such a great time of year, so exciting for everybody. My aim for the moment is just to get more winners, ride out my claim and see how it goes on from there, so I'll stick my head down and get as many rides as I can before I turn 25." 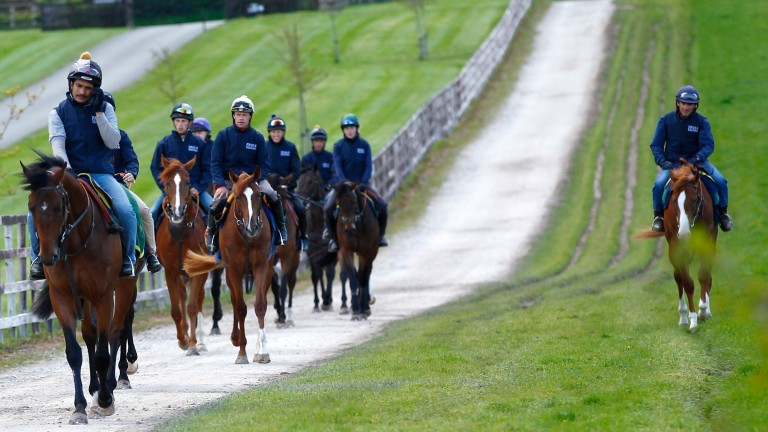 Nine of Whittington's ten rides have come on the Manor House favourite Chosen Character, who undoubtedly knows more about racing than anyone in the yard. The ten-year-old gelding and the 7lb claimer have struck up a good rapport since first teaming up last June, coming tantalisingly close to getting Elisha off the mark when finishing a neck second at Epsom in July and filling the same spot at Brighton in September.

"I never had a riding lesson when I was young, so to be riding in races is quite incredible for me and Chosen Character has been a big help. He may be nearly ready to retire, but I've learned so much on him," she says. "I've also had one ride on Barnaby Brook, an eight-year-old owned by Tom, who finished fourth at Wolverhampton in January. Hopefully I'll be able to start riding others now and it's great to have started the build-up to the Flat season. We'll soon be really busy again and racing all the time and there's so much to look forward to."

In the meantime, there's the small matter of that trip to Dubai to negotiate, which seems to be causing Whittington more nightmares than even the most recalcitrant young racehorse.

"At the moment I'm doing a lot of shopping and trying to get some clothes together for the trip," she bubbles. "I'll be going with an award winner from Ireland, one from France and one from America, so it'll be four of us, visiting two of the main racing yards, then we get to go to Super Saturday and apparently there are a lot of other plans.

"I'm excited but I'm nervous about it as well. We're flying from Heathrow and I've never travelled from such a big airport on my own, so I hope I'll be okay."

Judging by her boundless enthusiasm for racing and what she has achieved in such a short time, you get the feeling that Elisha Whittington is going places, and not just Dubai.

Girls on a level playing field at last

A positive attitude and a good nature bring with them rewards and Elisha Whittington has already harnessed a support network that will stand her in good stead as she sets off down the long and winding road to being a professional rider.

She also has a very positive take on recent advances in equality in racing, which lead her to believe that she'll be able to compete on a level playing field with male riders.

"I'm really lucky that I can count on so many people," she explains. "Our stable jockey Richard Kingscote has helped me out a lot at home, and when I go to the races I've got Ali Rawlinson and Ben Curtis looking after me, and girls like Hollie Doyle who I look up to in the changing room.

"There seems to be more equality in the sport now and the girls are doing as well as the lads. I definitely feel that's changed recently. A few years ago a lot of trainers would prefer lads because of the way they were built, but I think people realise now it's more about your hands and getting a horse settled.

"Girls like Hollie and Josephine Gordon have shown they're just as capable as anyone and can do just as well as the lads, given the chance, so I hope that at the end of it I'll be able to say I've had my chance, put my head down and tried my best."

FIRST PUBLISHED 11:56AM, FEB 19 2018
It's so nice at the moment because all the babies are arriving at the yard and we're breaking them in and watching them grow up