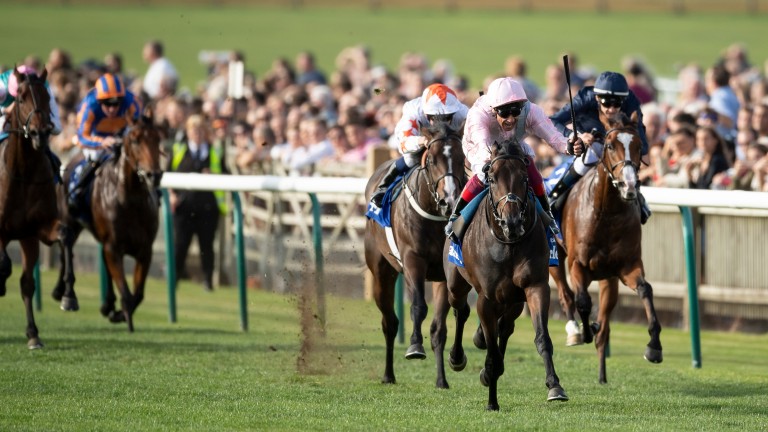 Too Darn Hot has moved up to second in the Two-Year-Old Colt category following his impressive victory in the Dewhurst Stakes, as the Cartier Racing Awards at the Dorchester Hotel in London on November 13 draws closer.

The John Gosden-trained juvenile, who also landed the Solario and Champagne Stakes, is now on 56 points but is still trailing Advertise.

The Martyn Meade-trained colt leads the way with 72 points following wins in the July and Phoenix Stakes and second in the Dewhurst. Anthony Van Dyck is now level with Quorto on 48 points following his third-place finish at Newmarket last Saturday.

In the Two-Year-Old Filly category, Fillies' Mile winner Iridessa (32) is now joint-fifth on the leaderboard following her victory at Newmarket last Friday. 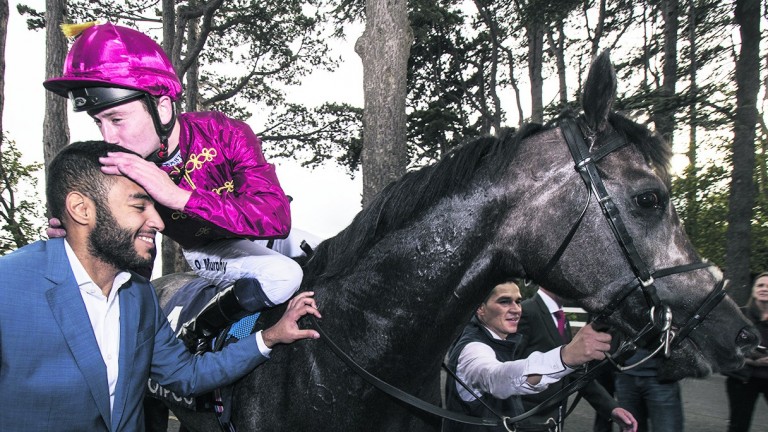 Roaring Lion: top of the Cartier Horse Of The Year standings
Patrick McCann

This weekend's Qipco British Champions Day at Ascot will have a bearing on several categories, including Horse of the Year. Leader Roaring Lion (174) will be out to extend his advantage, while third-placed Laurens (152) will also be in action along with Stradivarius (112) and Recoletos (104).

The Cartier Awards were established in 1991 to reward excellence in horseracing. The eight awards are delivered through a combination of points earned by horses in Pattern races (30 per cent), combined at the end of the season with the opinions of a panel of racing journalists/handicappers (35 per cent) and votes from readers of the Racing Post and Daily Telegraph, and ITV Racing viewers (35 per cent).

FIRST PUBLISHED 7:00AM, OCT 17 2018
This weekend's Champions Day will prove decisive in the Cartier Horse Of The Year standings