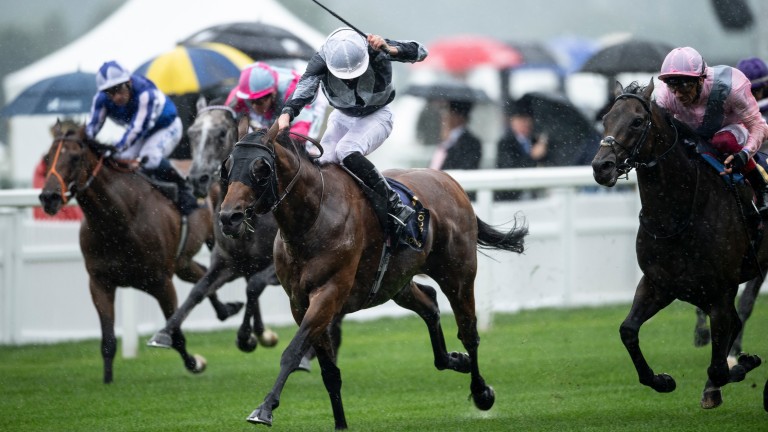 The son of Dubawi was sent off a well-backed 2-1 favourite to register his first win of the campaign at Royal Ascot but after looming large at the furlong pole in the mile contest was outstayed on the soft ground by the winner and his own stablemate King Of Comedy.

Too Darn Hot, who was unbeaten in four starts as a juvenile, is now being targeted at the Group 1 Sussex Stakes at Goodwood next month and it is thought the easy mile is more likely to play to his strengths. 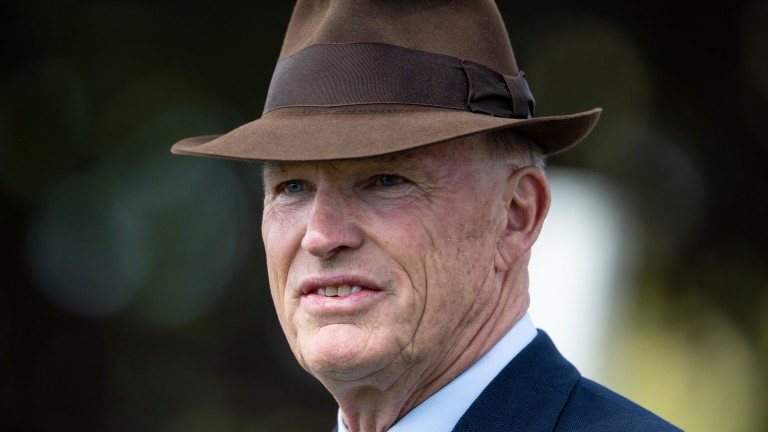 Gosden said: "Frankie had his feet on the dashboard the whole way around on Too Darn Hot in the St James's Palace Stakes and he just overraced from the start.

"He's a quick horse as he showed last year and the stiff mile on the round course at Ascot just found him out. He seems fine this morning and the plan would be to take him to Goodwood for the Sussex Stakes where the less demanding mile should suit him."

As for King Of Comedy, the champion trainer said: "Both horses ran well and King Of Comedy ran an absolute blinder from where he was drawn. It could be that we go up to a mile and a quarter with him but he had a hard race so there are no immediate plans."

Too Darn Hot is 7-1 with Paddy Power for the Qatar Sussex Stakes on July 31, for which King Of Comedy is 9-2 favourite.

Phoenix Of Spain facing spell on the sidelines

Too Darn Hot's Curragh conqueror Phoenix Of Spain is likely to be off the racecourse for at least a couple of months after he was reported to be sore following his sixth-place finish at Ascot.

Trainer Charlie Hills said on Wednesday: "Phoenix Of Spain is not really okay. He's eaten up and everything else, but he's sore all round and we're going to wait a couple of weeks to let the race out of him before we reassess.

"We had him trotted up and he was sore, but hopefully it's something to not worry too much about. We need to let the dust settle and see in a couple of days' time. The softer ground probably pulled him about a little bit. We have plenty of time on our hands so we'll probably give him two months and then assess where we are."

Forget the G7 and President Biden - the Queen gets back to the serious business Love brightens the week for Aidan O'Brien but draw-bias punters are wrong-footed What heights can Love conquer now? We assess her comeback victory at Royal Ascot Can one-of-a-kind Jim Bolger pull off more Group 1 heroics with Poetic Flare?