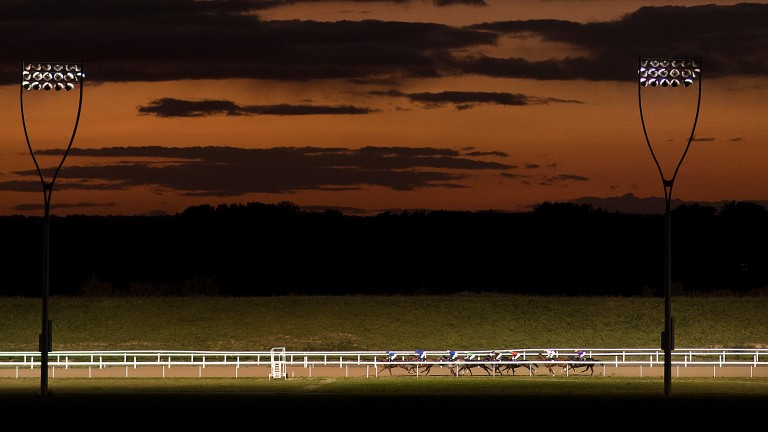 Following action from Ayr, Worcester and Bangor,Chelmsford provides the evening entertainment with an eight-race card. The first race is at 5.10 and here are three runners to keep an eye on.

Martyn Meade will hope Advertise can add a second Group 1 win to his name in the DarleyDewhurst Stakes on Saturday, but before then, he runs King Ademar, also owned by Phoenix Thoroughbreds, who makes his debut in a competitive novice.

The son of Scat Daddy was purchased for €320,000 this year and, with the aid of in-form jockeyOisin Murphy, he can start to make up for lost time after having to be withdrawn before his scheduled debut at Salisbury.

Following arespectable fourth to subsequent St James's Palace winner Without Parole in a Listed contest at Sandown earlier this year, Richard Hughes and his team had every right to dreamof bigger things for theirCheveley Park-owned runner.

Two fairly disappointing efforts followed, including eighth in the Sir Henry Cecil Stakes, and he has since been gelded. If the operation has the right effect you can expect to see significant improvement from thethree-year-old.

Thisdaughter of Dansili caught the eye when second over course and distanceon her first start inBritain for David Lanigan, an improvement on her debut seventh for Andre Fabre at Longchamp in April.

The three-year-old looked to be staying on really well at the track last month and a replication of that run would see her go close.

FIRST PUBLISHED 3:00PM, OCT 11 2018
The son of Scat Daddy can start to make up for lost time after having to be withdrawn before his debut at Salisbury last time

Chelmsford reopens doors to spectators as riders get Covid jabs on-site 'He's a proper horse' - Meade longing for King George triumph with Lone Eagle The Evening Punt: David Baxter's free horse racing tip at Chelmsford on Tuesday 'I expect him to run well' - punting clues for a competitive Chelmsford sprint The best juvenile in Europe? Atomic Force shows class in Papin stroll Will the force be with exciting Kevin Ryan juvenile once again in Robert Papin?