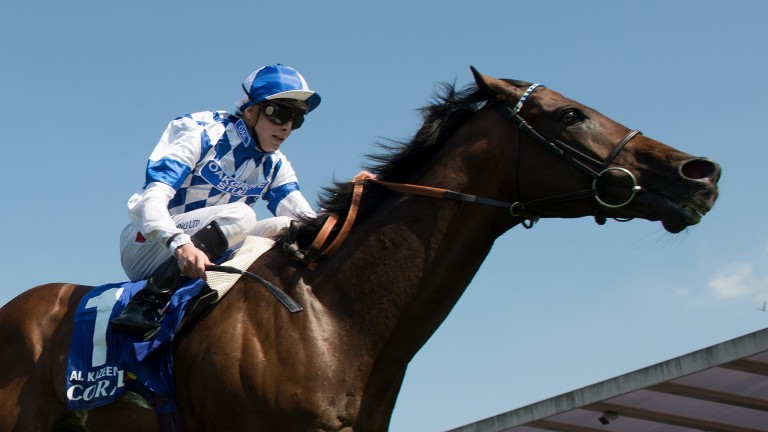 Three meetings tonight, with Leopardstown and Doncaster on At The Races and Racing UK covering Epsom's meeting. Here are three horses to note

A winner for Tim Easterbyat Nottingham in May, Hyanna has since been switched to Royal Ascot heroine Eve Johnson Houghton, who has booked her Queen Anne partner Charlie Bishop for the ride on the three-year-old. Hyanna was second in a trappy Sandown handicap on her debut for Johnson Houghton and followed up with a creditable third in another tough heat at Newmarket. That form puts her bang in the picture.

Bit Of Banter's royal blue silks are similar to Godolphin's and, given the way the three-year-old's trainer Jessica Harrington is going, it might not be long before the organisation adds her to its portfolio. Harrington's Big Bad Bob gelding has not been disgraced in three outings and stepping up to 1m5f should suit, while a mark of 74 for her handicap debut does not appear crazy.

Jockey James Doyle and trainer Roger Charlton have the fondest of memories of Al Kazeem, whose daughter Sister Celine has claims in the final race of the day. She will not match his achievements– won four Group 1s, including the Eclipse and Queen Anne– but ran her best race last time out, remains unexposed over middle distances and hails from a yard in fine form.