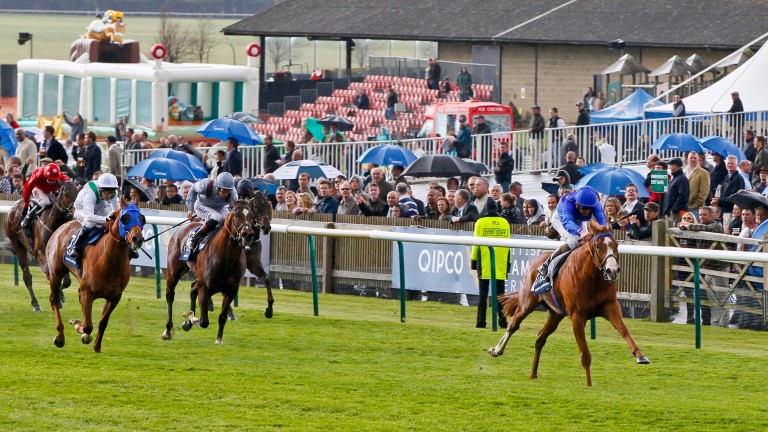 The third day of Punchestown promises more excitement with Willie Mullins and Gordon Elliott battling it out for the trainers' title. The card– which starts at 3.40– is followed by jumping at Kempton, where the first race is at 4.55, and there is also all-weather action at Chelmsford starting at 5.55.

Just five of the nine runners in the bumper for the all-conquering Willie Mullins and Getareason– a £140,000 purchase at the sales last year– appears the pick with the trainer's son Patrick on board. By Getaway, he displayed a sizeable engine when making a winning debut under rules at Downpatrick last month and should have more to offer in a race Mullins has won three times in the past five years.

David Maxwell has the male amateur jockeys' crown in his sights so every winner counts and another could come his way via Port Melon, who should be hard to shift in the hunter chase. Useful in his youth, Port Melon has been off for more than a year, but remains in the care of leading trainer Paul Nicholls so it is unlikely he will lack fitness. Maxwell has ridden three winners from just eight rides for Nicholls this term.

Five years ago Glory Awaits was getting ready to run a massive race in the 2,000 Guineas, which he came secondto Dawn Approach at 150-1. That was for Kevin Ryan and the eight-year-old– now trained in Newmarket by David Simcock–ended a long losing run over tonight's course and distance last month, while two solid subsequent performances at Wolverhampton and Newmarket also put him in the mix.

FIRST PUBLISHED 3:00PM, APR 26 2018
He remains in the care of leading trainer Paul Nicholls, so it is unlikely he will lack fitness