Tonight's racing: three runners who catch the eye on the Polytrack at Kempton 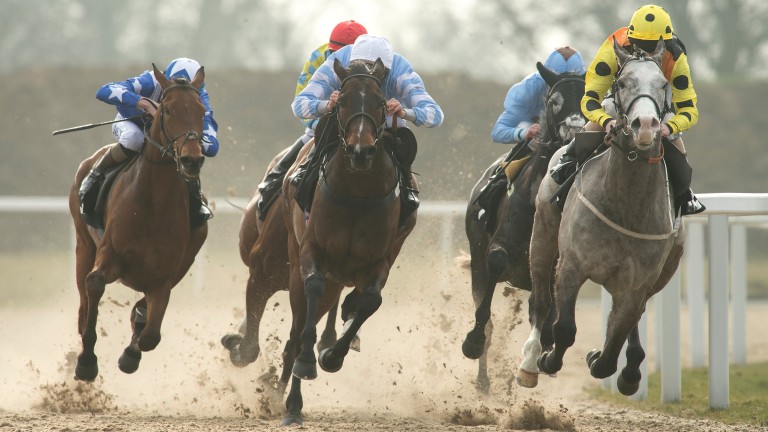 After a terrific afternoon of racing at Newcastle there is more to come at Kempton this evening. A pair of quality Class 2 contests are the feature races, with the action starting on Racing UK from 5.45pm

Having already bagged himself a win in one Fast Track Qualifier, Watersmeet chases another tonight against six useful performers.

The grey was a 1-4 winner last time, but previously had beaten classy pair Frontiersman and Funny Kid at Wolverhampton, showing his customary toughness from the front.

His chief opponent looks to be the Polytrack-loving Lord George (record of 2121), so we could be in for a ding-dong battle of the greys down the home straight. Should be terrific.

The All-Weather Championship was been attracting a much higher calibre of horse over the last couple of seasons, and tonight Grade 1-placed Frenzified is in action.

Making her debut for Charlie Fellowes this evening, Frenzified was third in the 2016 Grade 1 Rodeo Drive Stakes at Santa Anita and has been tested in good company over the last 18 months.

The six-year-old was originally trained by Luca Cumani before joining James Cassidy in America and is a fascinating contender taking on the likes of the super-tough Fire Fighting.

This all-weather season has been marked by a number of multiple winners, headed by five-time winner Spare Parts, and Higher Court chases his fourth success tonight.

Trained by Emma Owens, Higher Court has never been better and the ten-year-old has won his last three races, the most recent of which came off a mark of 75, the highest he has ever scored from.

Raised a further 5lb, the ten-year-old steps up in grade to a Class 4 and takes on a deep field. However, he could hardly be in better form to do so.