Tonight's racing: three runners who catch the eye at Kempton 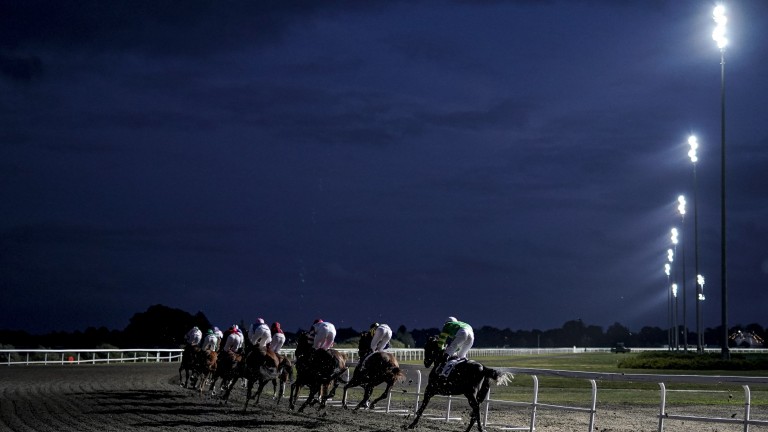 Thereare a couple of meetings this evening with British and Irish appetitescatered for.Dundalkkicks off at 2.50 with the final race at 6.00, and Kempton begins at 4.40 and keeps punters satisfied until 8.15. Here are three to note . . .

Sky Defender is a bit of a puzzle. Despite winning at Musselburgh in September, he put in two dismal displays either side of thatbut still rates the best of these based on his second in a maiden at Glorious Goodwood on debut.

His trainer Mark Johnston often does so well at that meeting and for all Sky Defender didn’t win, he put up a bold performance to be second to Duke Of Hazzard, who had previously finished third in the Chesham and is now a Listed winner.

The son of Farhh is stepping up to a mile for the first time and it will be interesting to see if he can get his career back on track.

The Godolphin-owned colt Laieth has been off the track for exactly a year but whether that will be enough to stop him winning what looks a weak novice I am not convinced.

He has to shoulder a penalty for an impressive Wolverhampton win last October, but he beat the now 97-rated Escalator with consummate ease and his debut effort before that was pretty good too.

He has been gelded and his trainer Saeed Bin Suroor is in flying form, as emphasised by his 25 per cent strike-rate at present.

Tony Carroll has proved he can train jumpers just as well as Flat horses–Vive Le Roi went almightyclose to giving him a Cheltenham winner at the Showcase meeting.

Prairie Town, a 120-rated hurdler and a 122-rated chaser, is the outsider of the field for this evening’s final race at Kempton, but isn’t without a chance.

He races off a mark of just 60, and with up-and-coming jockey Poppy Bridgwater on board, the seven-year-old can once again showcase his trainer’s skills.

FIRST PUBLISHED 3:24PM, OCT 31 2018
He beat the now 97-rated Escalator with consummate ease and his debut effort before that was pretty good too