Tonight's racing: three runners who catch the eye across the fixtures 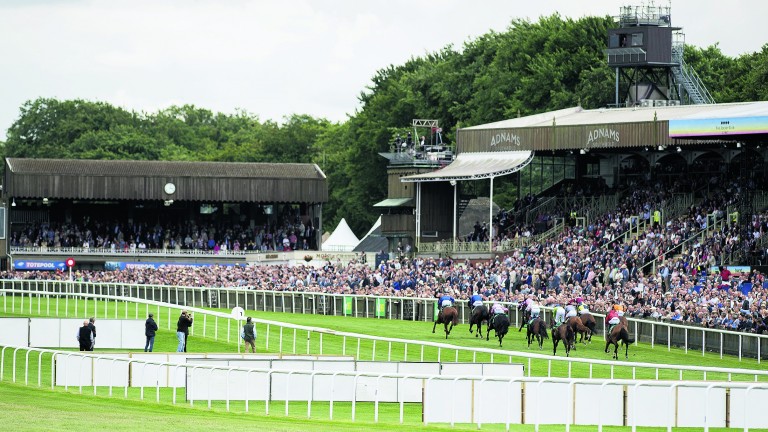 We have an exciting Friday evening in store with four fixtures in Britain and Ireland. Here are three runners who catch the eye, but make sure you do not miss a great fixture at Hamilton too.

The Qatar Racing silks will be carried by a Henry de Bromhead-trained runner for the first time as Eastern Harbour makes his debut in this 2m maiden hurdle.

A spell jumping in Ireland helped the old rogue Pallasator turn himself around and it seems the Qatar Racing team are keento try more horses over obstacles in the coming months.

Bought for £52,000 as a yearling, the four-year-old Eastern Harbour, by Harbour Watch, has been gelded and wears a tongue tie for his debut.

This Marjorie Fife-trained sprinter made a first visit to the track to win this Scottish Stewards' Cup last year with three of his reopposing rivals behind.

The six-year-old has not won in the interim but made a second visit to Hamilton to finish fourth to July Cup fourth Sir Dancealot and veteran Kimberella when a 40-1 chance.

A Group 3 winner as a juvenile, Poet’s Vanity has struggled to get her groove on since finishing third in last year’s Nell Gwyn Stakes at Newmarket.

She has faced some pretty stiff tasks in the 1,000 Guineas, Sandy Lane Stakes and Hungerford Stakes, but has not shown much of the spark she did in 2016 and early 2017.

However, her rating dropped as a result and she lines up in a 0-95 fillies' handicap, her first appearance at this level.

FIRST PUBLISHED 3:19PM, JUL 20 2018
It seems the Qatar Racing team are keen to have a few more jumps representatives