Tonight's racing: three horses to look out for 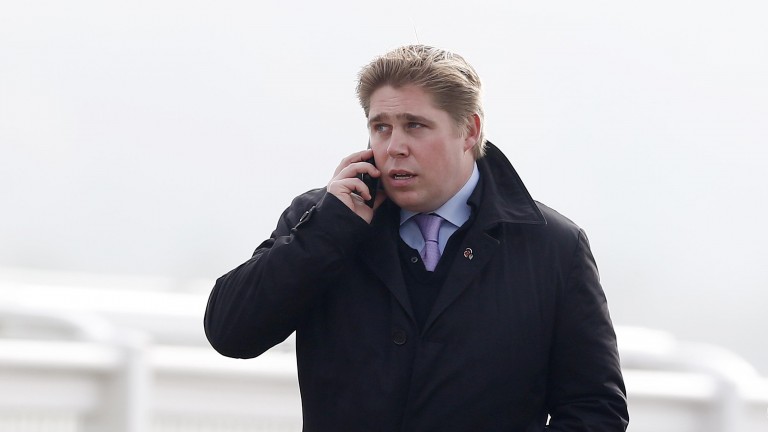 With Royal Ascot just around the corner, it would be the perfect pre-Festival preparation to notch a couple of winners and when better to do it than at tonight's three evening meetings – Uttoxeter (5.55, ATR), Haydock (6.05, RUK) and Leopardstown (5.45, ATR) – comprising 20 races to try your hand at and these three horses look worth following.

Ravens Hill
6.55 Uttoxeter
Team Skelton haven't been in the best form in the last couple of weeks but they scored with Petrou, an improving hurdler owned by the Rio Gold Racing Club, at Southwell earlier this week and the combination can score again with Ravens Hill here. Unlucky on debut for the yard when too keen early and just outbattled on the way to the line in April, he returned from a short break last month to run out an easy victor of a maiden hurdle over 2m1f. Dropping down a furlong today, he should prove far too good for a field that consists of a number of hurdle debutants.

Emigrated
8.30 Uttoxeter
Gavin Cromwell has had seven winners from 19 runners when he has sent his runners over to Britain in the last five seasons and Emigrated, ridden for the first time by champion jockey Richard Johnson, looks his best chance on the card where he also runs Scenic Star in the 6.25. Being by Fastnet Rock, you wouldn't necessarily expect him to be contesting a 2m4f hurdle, but he showed very little on the Flat for Jessica Harrington and Eoin Griffin and looked as if obstacles and a longer trip suited when second over 2m6f at Downpatrick in May. If returning to that form after a couple of ordinary efforts, he holds the key to this race.

Belle Boyd
6.15 Leopardstown
Godolphin own three of the 12-strong field for this fillies' maiden over a mile and the Willie McCreery-trained daughter of Oasis Dream looks the one to beat after a promising introduction at Cork last month. Third on that occasion when sent off a well-fancied 4-1 shot, she showed good pace and an abundance of stamina to fight it out with the protagonists and could have even finished closer if she wasn't short of room in the closing stages. Natural improvement should see her land this.

Keep up to date with all of the action here