Tonight's racing: three horses it could pay to follow 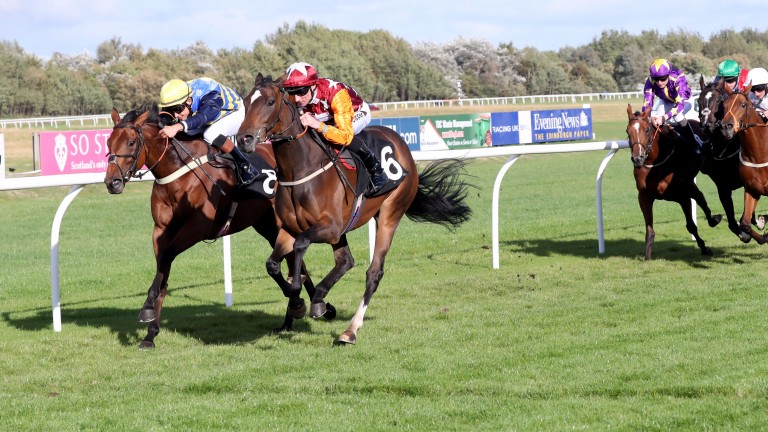 The weather across much of Britain has been pleasant as the week gives way to the weekend, so what better way to enjoy a Friday evening than picking out a few winners? Here we pick out three horses it could pay to follow.

Miningrocks is going to lose a race one day but there is every reason to think he can make it four wins in a row in the opener at Haydock.

His most recent success at Nottingham came in a very weak contest and trainer Declan Carroll appears to have found another moderate attempt to exploit off the same mark of 71. There is very little in the way of positive form among his nine rivals and a repeat performance will surely be good enough.

This is a tough race to unpick, but Lincoln Rocks has to have a chance of following up her win at Musselburgh 20 days ago. She likes to make her way along in front and could find herself challenged for that spot this evening but she is not afraid of a battle, has course and distance form and can still be competitive having gone up 5lb since that Musselburgh success.

Plenty of big-name jockeys are heading to Chelmsford tonight, including Ryan Moore, who will partner the likely favourite here in Verity for Sir Michael Stoute. She was distinctly unimpressive on debut at Leicester though, so a chance is taken that Jamie Spencer's mount, Shankara, can come out on top.

The David Simcock-trained grey has been off the track since making her first two starts back in February and this mile trip looks ideal. It would be a stretch to get too excited about the level of her form but she was in the places and should be on the scene again this evening for a trainer whose horses have been running well enough lately.

FIRST PUBLISHED 4:53PM, JUL 21 2017
It would be a stretch to get too excited about the level of her form but she was in the places and should be on the scene again this evening

This is all about Samcro - but will the one-time future megastar battle again? 'The further he went the better he looked' - Palmer eyes Royal Ascot for Dig Two