Tonight's action: three to look out for at Newcastle and Fairyhouse 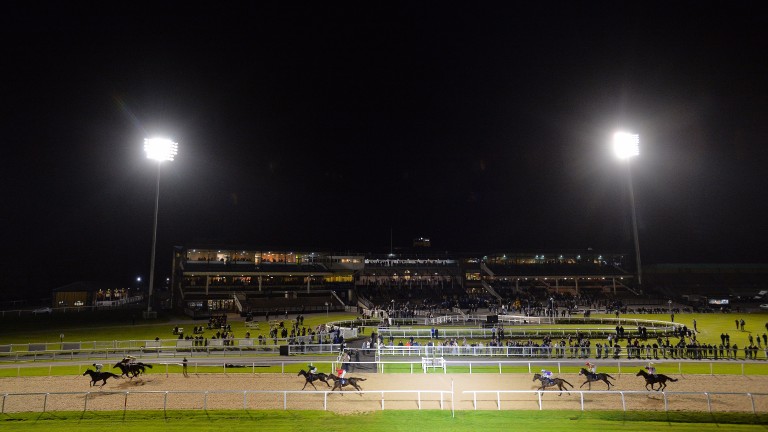 After an exciting afternoon at Newmarket and Cheltenham, it’s back to the usual midweek fare this evening with meetings on the all-weather at Newcastle and over jumps at Fairyhouse. Here are three horses to look out for . . .

Gerald Mosse is based in Newmarket this season and makes the long trip to Newcastle for the first time this evening. His first ride of three, Extra Mile, appears to have solid claims in the 1m2f handicap.

The daughter of Frankel, trained by Saeed Bin Suroor, improved on her maiden form when an easy winner on her handicap debut at Chelmsford earlier this month.

A 7lb rise for that success appears fair and she is open to plenty of improvement, unlike many of her rivals who appear exposed.

Dream Conti was purchased for €235,000 at the Tattersalls Ireland Derby Stores sale in 2016 and makes his racecourse debut for Noel Meade in the concluding bumper at Fairyhouse.

A son of Lauro related to Bello Conti, the Gigginstown House Stud-owned Dream Conti rates an interesting newcomer and the booking of Nina Carberry is a major positive.

Castle North and Dinons are the two to fear with previous form but it would be no surprise to see Dream Conti score on his first start for top connections.

The Michael Wigham-trained Jai Hanuman failed to land a gamble at Wolverhampton on his yard debut in February but can gain compensation in the finale at Newcastle this evening.

The son of Requinto was unlucky in running on his first start for Wigham, running on inside the final furlong after suffering interference.

That was his first run after a 394-day break so improvement can be expected and Jai Hanuman should prove tough to beat on his second start in handicap company under Phillip Makin.

FIRST PUBLISHED 3:29PM, APR 19 2018
Improvement can be expected and Jai Hanuman should prove tough to beat on his second start in handicap company