Tonight's action: three horses it could pay to follow 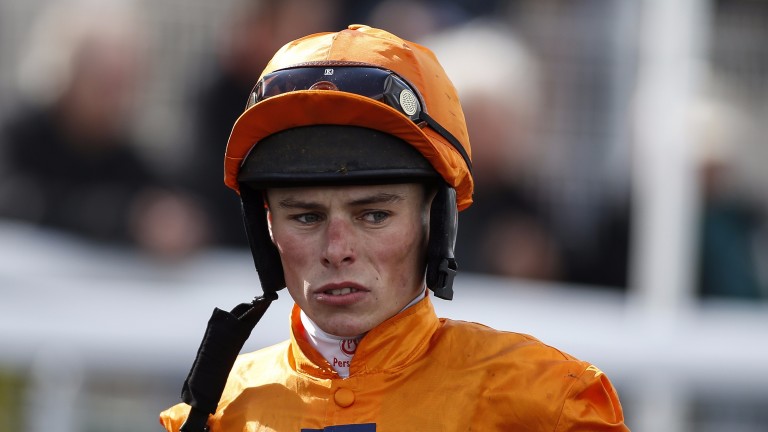 It has been a gripping week atGoodwood and Galway, so hopefully you have some stamina left as we are bang in the middle of both meetings, with the small matter of Epsom and Ffos Las taking stage tonight.The last race at Galway today is at 6.00, by which time the action at Ffos Las (5.35) and Epsom (5.50) will have started on At The Races and Racing UK.

Milky Way
6.25 Epsom
It has been a fine few days for apprentice Hector Crouch, who rode his first four-timer at Lingfield on Saturday night and then partnered shock 100-1 maiden winner Thechildren'Strust to victory on the opening day of Glorious Goodwood on Tuesday.

He has set himself the target of losing his claim this year and rides Milky Way for his boss Gary Moore. Lightly raced, he has to overcome likely favourite Ya Jammeel, but is an interesting prospect for the in-form rider.

Rolling Maul
8.15 Ffos Las
One would not normally associate Peter Bowen with Flat racing, but his Rolling Maul appeals as one of the more likely sorts at the trainer's closest track.

A winning chaser over three miles, Rolling Maul had raced 44 times under the jumps code before making a successful switch in a 1m3½f maiden at Bath in June.

He has been beaten subsequently over hurdles at Worcester, but Bowen's string are in good nick and promising apprentice Josh Bryan is back on.

Shelneverwalkalone
8.45 Ffos Las
Brazilian trainer Ivan Furtado has built a reputation as a capable conditioner since taking his licence out two years ago and it is a 520-mile, near ten-hour round trip from his base near Doncaster to Ffos Las, so perhaps it is worth taking note of Shelneverwalkalone, who becomes his first runner at the track.

She has not shown a great deal in maidens, but this is her handicap debut and Furtado has booked rising star Kieran Shoemark, who has recently lost his claim.

Keep up to date with all the latest details from this evening's meetings with Raceday Live on racingpost.com

FIRST PUBLISHED 3:04PM, AUG 3 2017
She has not shown a great deal in maidens, but this is her handicap debut and Furtado has booked rising star Kieran Shoemark