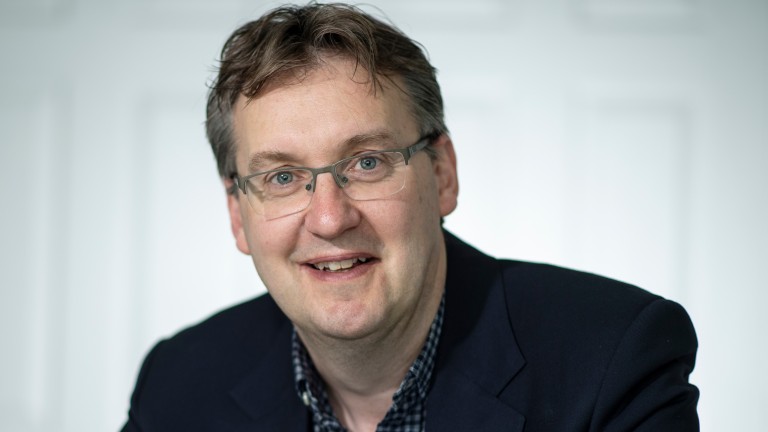 Tom Segal says thinking outside the box is the way to get an edge in Tote Ten To Follow
Edward Whitaker
1 of 1
UPDATED 2:55PM, NOV 13 2020

One of the best ways to get ahead of the Ten to Follow curve is to think outside the box. I'm of the opinion that the current group of staying chasers are a below-average bunch and that there is plenty of room at the top for new faces.

For that reason I think including the first three home from last season's RSA might be a good idea, especially as that race is working out brilliantly, with smart chasers Battleoverdoyen, Aye Right and Pym having already franked the form.

It seems to me that the winner Champ is going to go under the radar. The prevailing wisdom is that he is a bad jumper and was third best in the RSA but he's an extremely strong stayer and looks to have Gold Cup written all over him.

He might well meet the runner-up Minella Indo along the way but hopefully they will have different paths to the Gold Cup and can rack up lots of points.

The third home Allaho might be the best of the lot but he won't stay the Gold Cup trip and looks tailor-made for races like the Ryanair.

Every Ten to Follow I've seen has included Envoi Allen or Shishkin or both, so in a competition that tends to be decided by horses who aren't so obvious it makes sense to avoid both of them.

Instead, I would rather have the Willie Mullins-trained Unexcepted as my number one novice chaser after his outstanding debut over fences. If he continues to jump as he did at Tipperary he will take every two-mile chaser he races against out of their comfort zone.

I get the feeling the Albert Bartlett winner Monkfish will be very popular too but there was nothing between him and Latest Exhibition at Cheltenham and the latter has already shown his jumping prowess and might run more often.

Last year Altior was a no-go for this competition given that connections were planning to step him up in trip but I think he's a must this time and might not be as popular as many think. Back at two miles the young pretenders have a long way to go to reach his level.

Saint Roi was amazing in the County Hurdle on only his third start over hurdles and he looks sure to make up into a Champion Hurdle contender.

His stablemate at Mullins' Closutton powerhouse, the novice hurdler Shewearsitwell, has been hugely impressive on her three starts and should win plenty of Grade 1s on her way to Cheltenham. It is worth noting she was much quicker than Saint Roi when they won on the same day last month.

The staying hurdle division is wide open as we saw with a 50-1 winner of the Stayers' Hurdle at the festival and it wouldn't take too much improvement for the versatile recent Troytown Chase winner The Jam Man to be a factor. He could be a game-changer in this competition.

Finally it's worth including Vinndication, who ran a cracker in the Charlie Hall Chase behind Cyrname and has room for improvement when stamina is at a premium. The Ladbrokes Trophy would suit him and he could easily make up into a Gold Cup horse too.

Read more of our experts' Ten To Follow selections:

FIRST PUBLISHED 6:00PM, NOV 12 2020
It is worth noting Shewearsitwell was much quicker than stablemate Saint Roi when they won on the same day last month