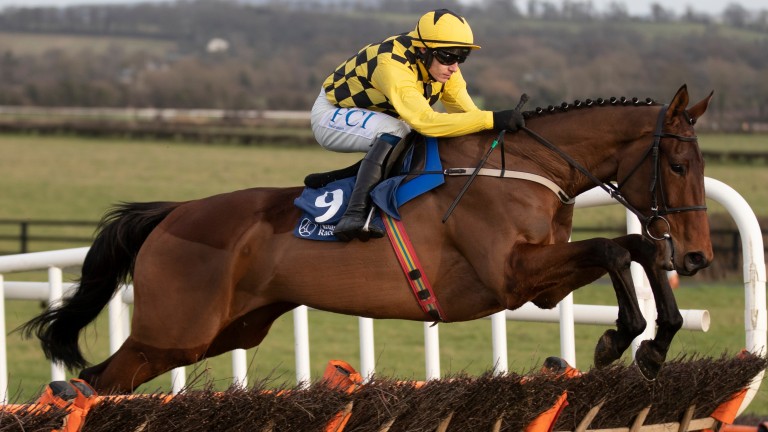 Pricewise maestro Tom Segal and The Punt tipster Tom Collins give their insight into the last seven days. Members can view the race replays and add these horses to their Racing Post Tracker. Not a member? Click here to join Members Club Ultimate and get unlimited race replays from Britain and Ireland plus access to our unrivalled Horse Tracker.

Western Miller was a revelation dropped back to 2m and looks the perfect type for the Red Rum Chase at Aintree, a race his trainer Charlie Longsdon won two years ago.

Front-running 2m chasers who jump as well as he does are always at a huge advantage and he might sneak into the Grand Annual on the back of Friday's success.

Wide-margin winners are ten-a-penny in maiden hurdles but there aren't many who make as striking an impression as The Big Getaway did.

Ruby Walsh, who has partnered him at home, suggested he was as big a horse as he had ridden but he was nimble at his hurdles and has all the attributes needed to go to the top.

Whether he can beat Envoi Allen in the Ballymore is open to debate, but the fact Willie Mullins is aiming him at a race he has won four times since 2008 suggests that The Big Getaway is of the highest class.
Tom Segal

This Andrew Balding-trained colt is impeccably bred, being by Dansili out of a Galileo mare.

He was unfancied ahead of this debut run at Kempton but impressed with his finishing effort, staying on well as he was beaten by just a head.

To Nathaniel's experience proved decisive in the end, but Punctuation is sure to improve for the outing and will be better suited to turf.
Tom Collins

Garo De Juilley hasn't won for a while but has been highly tried in his career, finishing sixth behind Paisley Park at Ascot last season and running well behind the likes of Slate House and Midnight Shadow over fences this term.

Making his handicap chase debut on Saturday, he was given a patient ride but caught the eye from the rear as he stuck on well up the Cheltenham hill for fourth.

He looks to be finding his level and will be interesting in another handicap next time.
Tom Collins

FIRST PUBLISHED 9:30AM, JAN 28 2020
Front-running 2m chasers who jump as well as he does are always at a huge advantage