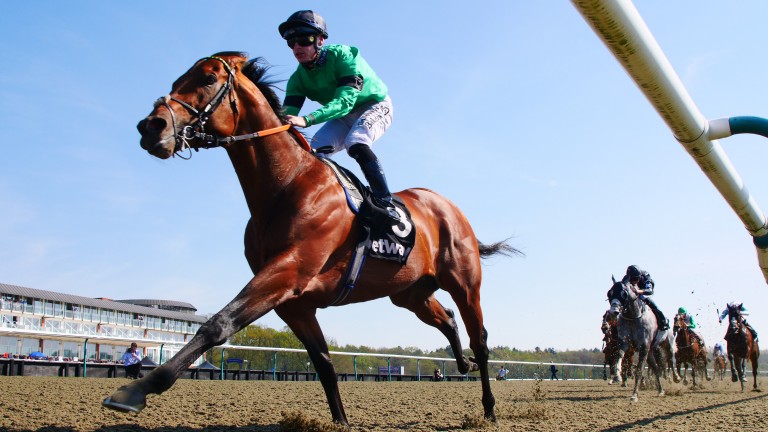 Kachy: late withdrawal on Saturday after banging his hock in the racecourse stables
Mark Cranham
1 of 1
By David Milnes 2:01PM, FEB 5 2020

Sprint ace Kachy faces a race against time to make it to All-Weather Finals day at Lingfield in April – with a trip to France or a very busy few weeks the only remaining options for the defending champion who is not yet qualified.

The Tom Dascombe-trained seven-year-old has targeted the Good Friday fixture for the last two years and connections had deliberately given him an easy time of it with the Sprint final in mind, but that has been blown out of the water by his late scratching from the penultimate qualifier for the series at the track on Saturday. 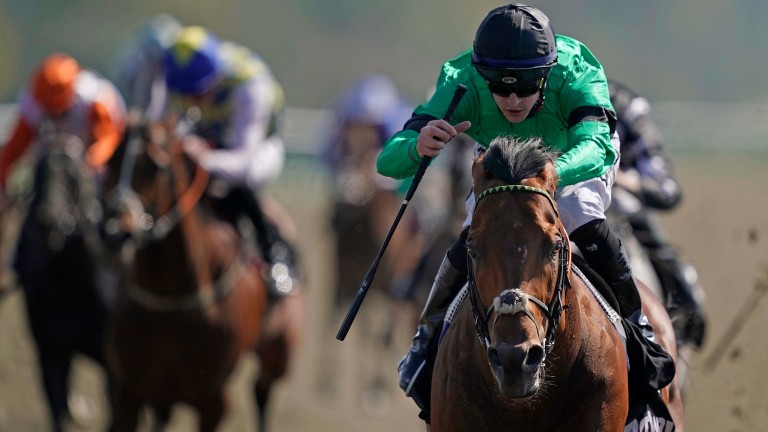 Dascombe described his star's late defection from the Listed Cleves Stakes as a "disaster", with Saturday's race the last domestic fast-track qualifier for the Sprint.

The remaining qualifier takes place at Chantilly on March 3 and Dascombe revealed the popular speedster could even run in three handicaps as a means of qualifying for another crack at the the race he won by three and a quarter lengths last year.

Kachy, who was withdrawn from Saturday's 6f contest eventually won by Good Effort just eight minutes before post-time after banging his hock in the racecourse stables, was odds-on for that assignment and remains favourite with most bookmakers for the final.

Watch: Kachy blasts away from the field in last year's All-Weather Sprint

"Last Saturday was a disaster but Kachy is fine again now and he'll be given every chance to make finals day. He shouldn't be favourite for the final though, because as yet he can't run in it," said Dascombe.

"The only way now we can qualify him for the final is by running three times on the all-weather here, or going for the Chantilly race, or even both.

"It's too early to say what we'll do but off a mark of 114 he may have to carry something like 10st 7lb in open handicaps, which is something to consider."

FIRST PUBLISHED 2:01PM, FEB 5 2020
Last Saturday was a disaster but Kachy is fine again now and he'll be given every chance to make finals day