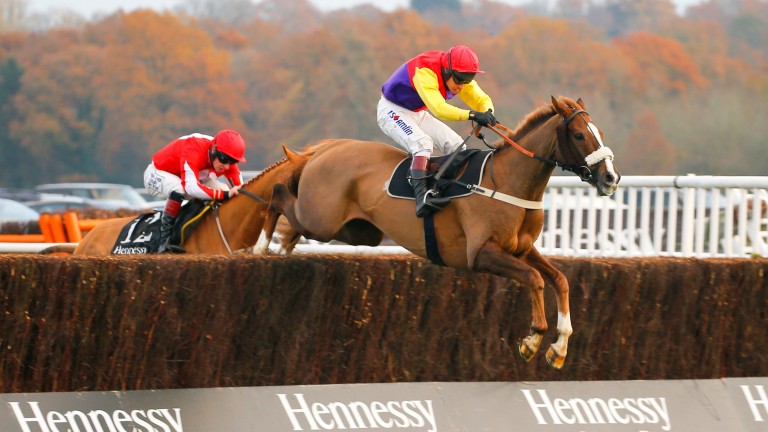 Native River has history and the formidable dual winner Mountainous against him as he attempts to scale another peak for trainer-of-the-season Colin Tizzard.

The Hennessy Gold Cup winner has to carry 11st 12lb, a burden no horse has carried to victory since Carvill's Hill 25 years ago.

Yet he is also well in as a result of conditions that state no runner can carry more than 11st 12lb, which means he gets to race without the 4lb penalty he should shoulder for winning at Newbury, for which he has been raised 8lb.

Native River, who is joined by stablemates Viconte Du Noyer and Theatre Guide, is reopposed by Carole's Destrier, due to go up 6lb in future races, who closed to within half a length at Newbury and now returns to a trip over which he specialises.

He is unlikely to provide the only threat, with Mountainous chasing his own slice of history as he tries to emulate Lacatoi, who won the race in 1935, 1937 and 1939.

With stablemate Bishops Road, Mountainous will bid to add to the record of three victories in five runnings for the Lee stable, in a race that also features last year's runner-up Firebird Flyer.

The burden Native River faces is underpinned by the fact the last horse to carry top weight to victory was Carvill's Hill in 1991 and only eight winners since 1976 have won carrying more than 11st.

The Hennessy has not produced the winner of this race since Playschool captured both prizes in 1987.

As many as 13 of the last 19 winners had won at this track previously.

The last 12-year-old to win the race was Gallery in 1950, and last year's winner Mountainous was the first horse aged ten or older to triumph since 1993.

Joe Tizzard, assistant to his father Colin, trainer of Native River, Viconte Du Noyer and Theatre Guide
Native River has been in fantastic form since winning the Hennessy and gets in off his old mark, so is in effect 8lb well in. He has top weight but we think he's a very good horse. Vicinte Du Noyer simply didn't take to the big fences at Aintree, but if you go back to his Cheltenham run he has to have a chance. Theatre Guide will have blinkers to wake him up a bit and this race has always been the target with him.

Kerry Lee, trainer of Bishops Road and Mountainous
I'm very happy with both and looking forward to the race. We were delighted with Bishops Road's return and everything has gone to plan with him since. The track should suit him really well and although the ground will not be particularly soft, the Welsh National is always a particularly testing race, so we've no concerns on that front. It would be amazing to see Mountainous run another smashing race, although he has a big task now another year down the line and off his current mark. However, he's in belting form at home. 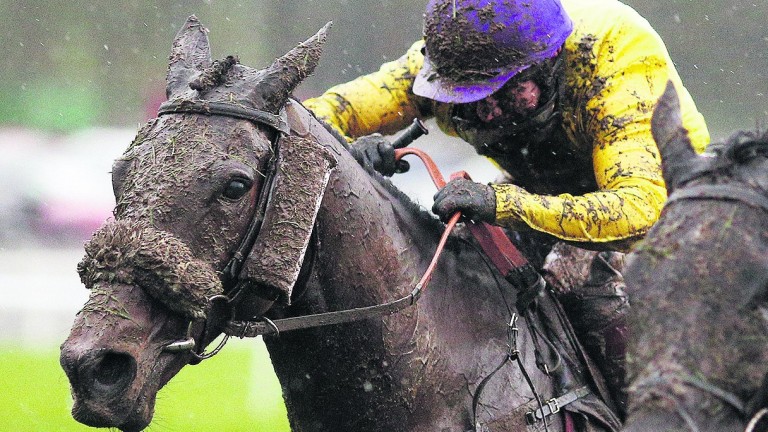 Mountainous (Jamie Moore) heads for a second Welsh National success in January
Alan Crowhurst
Venetia Williams, trainer of Houblon Des Obeaux and Emperor's Choice
The ground has been a little bit dry for Houblon Des Obeaux's earlier options. It's his first time over this trip but hopefully it should suit him. Emperor's Choice is in good order but would have preferred much softer conditions.

Paul Nicholls, trainer of Vicente and Unioniste
As a Scottish National winner, Vicente obviously gets the trip well and the ground is going to suit him. In my mind he's a better horse in the spring, but we need to run him somewhere. He was running okay in the Hennessy until he got tired and fell. This has been Unioniste's aim all season and I can see him running well. He's crept down the weights and is now on a winnable mark.

Neil Muholland, trainer of Carole's Destrier and Goulanes
They've had good preparations. On his second in the Hennessy Carole's Destrier would be my strongest chance. The ground will be lovely for him – he's won on it in the past – and we're better off with Native River. Hopefully he can run a big race. It's Goulanes's first run for us and for a long time, but he's fit and ready to run. His last run was winning the Midlands National, so this is the right race for him.

Philip Hobbs, trainer of Onenightinvienna
Having won at Carlisle we decided to come straight to this without another run. He didn't have too hard a time so is very fresh and well.

Jonjo O'Neill, trainer of Beg To Differ
He's in great form. He was a bit too free for his own good at Chepstow last time and didn't get home as a result. Hopefully they will go a bit quicker this time and he can be ridden more patiently.

Evan Williams, trainer of Firebird Flyer
He's in great form and has improved a fair bit, but he's better with a drop of rain. I thought he would have been finished last season after running so many good races, but I think he has improved. He has to because he wants very soft ground to be seen at his best.

FIRST PUBLISHED 6:00PM, DEC 26 2016
Native River has been in fantastic form since winning the Hennessy at Newbury and gets in off his old mark, so is in effect 8lb well in. He has top weight but we think he's a very good horse