Tizzard: may the best horse win this great festive showdown 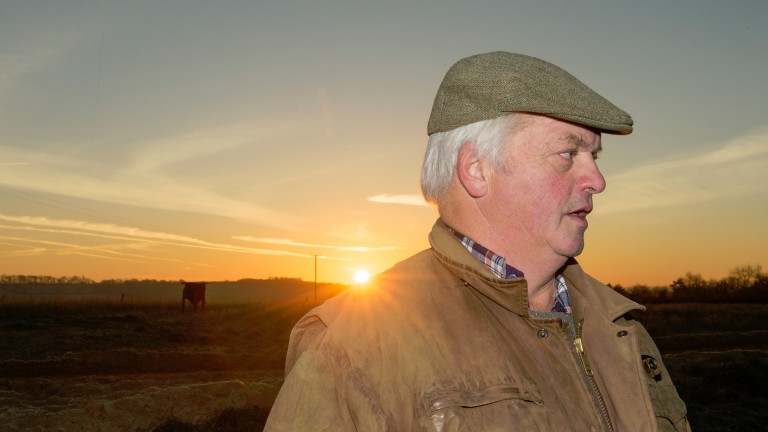 Colin Tizzard is sitting on the fence when it comes to who he thinks will win the King George
Edward Whitaker
1 of 1
12:16PM, DEC 24 2016

Both have different sets of owners and for all owners the dream is to have runners in big races like the King George. It's lovely for us and it's lovely for Jean Bishop and John and Heather Snook. I'm sure they will all sit down before the race and smile about it. They will do the same after the race because they are very sporting people.

Cue Card was always going to run here. We could possibly have waited with Thistlecrack if we had felt he needed more time, but we didn't. You also just don't know what's going to happen in another 12 months' time. For that reason it's right we should let them take their chance against each other.

Cue Card has been around for seven seasons and looks every bit as good as he ever has done. He has had a couple of hard races this season, but a bit of hard work never hurt anyone. Horses like Cue Card have the sort of constitution that can take hard work. That's why he is so great.

I think the race could be decided by one horse making a mistake. That can happen to any horse.

The only thing I would say is Cue Card is rated 176. Thistlecrack has never taken on a runner of his calibre, but it looks as though he could be absolutely anything. He was explosive in the World Hurdle and has looked brilliant over fences.

We schooled both of them last week on the same day because we didn't want anyone saying there is any favouritism here. There isn't. We're just looking forward to it.

FIRST PUBLISHED 6:00PM, DEC 25 2016
We schooled both of them last week on the same day because we didn't want anyone saying there is any favouritism here. There isn't