Tizzard full of confidence as Cue bids for three-card trick 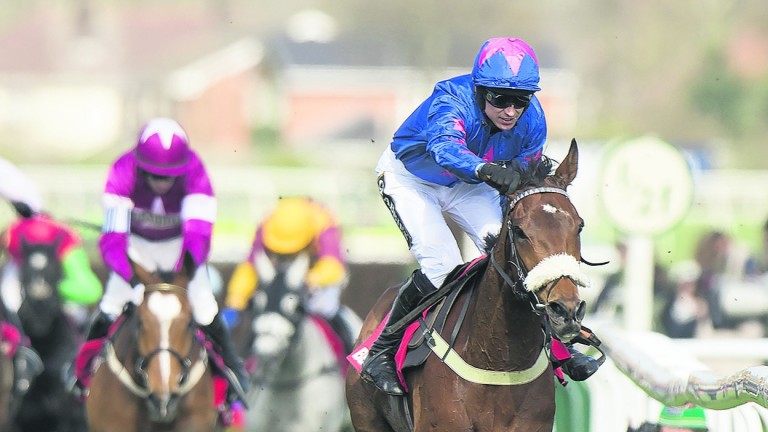 Cue Card: back to his best according to trainer Colin Tizzard
Edward Whitaker
1 of 1
By Scott Burton 6:00PM, NOV 18 2016

Colin Tizzard this week described the Betfair Chase as "Cue Card's race" and, despite the fact the ten-year-old has Grade 1 victories at Kempton, Aintree, Cheltenham and Ascot to his name as well, it is hard to argue with his trainer's assessment.

A winner of this race in 2013, Cue Card roared back to form here 12 months ago on soft ground, coming home seven lengths clear of Silviniaco Conti before going on to complete a stellar season with wins in the King George and the Betfred Bowl.

Tizzard blamed himself for overdoing the warnings to Paddy Brennan not to got caught in a tactical race in the Charlie Hall last time, though it's hard to determine the balance of blame between aggressive tactics and the need of a run for his defeat to Irish Cavalier and Menorah.

"The way he schooled two days ago he is right back to his best," said Tizzard. "When he is really in good form he is a beautiful jumper, really at ease. He has worked really well and the race has brought him on. It is a Grade 1 race but he seems every bit as a good as he has ever been.

He added: "Between us we got it wrong last time and that won’t happen again. We are going to sit in third and fourth and ride a race from two out. It's not certain that Coneygree will make all the running – I am sure they don’t have to – so it could get tactical. But we have won in this race twice before. Flat, left-handed track and second run, it will take a good one to beat him."

Pros 2lb clear of his rivals on Racing Post Ratings and race could set up well tactically; should come on for Wetherby effort.

Cons A strict interpretation of his comeback performance demands improvement.

FIRST PUBLISHED 6:00PM, NOV 18 2016
We have won in this race twice before. Flat, left-handed track and second run, it will take a good one to beat him