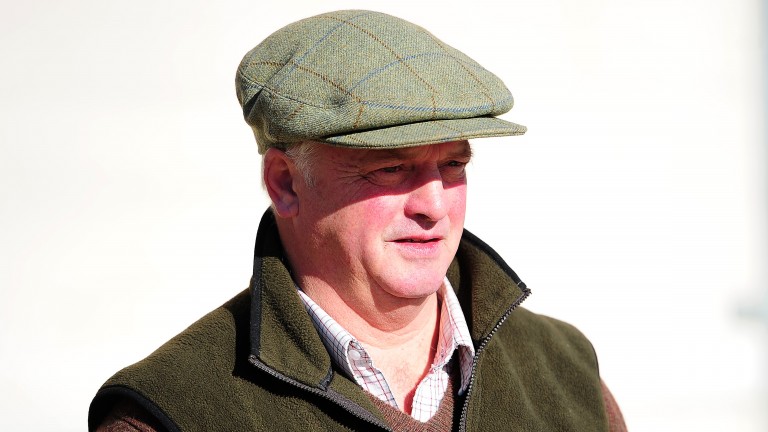 Colin Tizzard has two chances of gaining a first victory for leading owners Alan and Ann Potts with Sizing Codelco and Bally Longford making their debuts for the trainer.

The pair were among 15 horses, including Sizing Tennessee who runs in the following 2m4f novice chase, to make the switch from Ireland to Tizzard's Venn Farm base in Dorset.

Of the two, Sizing Codelco has been campaigned at the higher level - he unseated his rider at the first in last season's Grade 1 Racing Post Henry VIII Novices' Chase at Sandown - although Bally Longford has registered a notable victory over fences with a length success over the reopposing Un Beau Roman, who has since moved to Paul Henderson from Willie Mullins, at last year’s Galway festival.

Sizing Codelco and Johnny Og had the option of Saturday's BetVictor Gold Cup, but connections have opted for this £45,000 contest.

Having won the race two years ago, Bold Henry is back to try and win it again for trainer Philip Hobbs, whose previous success came in 2007 with Kalca Mome.

Colin Tizzard, trainer of Sizing Codelco and Bally Longford
The papers are making Sizing Codelco favourite and Aidan Coleman has a contract with Mr and Mrs Potts so he has picked him. I'm not sure they are two-milers - I think they both might get three in time. Henry de Bromhead specialises in two-milers but horses that stay with me more than two or three months get slower. It's a trial to see what trip they want.

Philip Hobbs, trainer of Bold Henry
He probably could do with slightly softer ground but nevertheless we'll get him under way here.

Barry John Murphy, trainer of Pairofbrowneyes
He's in great form and took the journey over well. His handicap form is rock-solid and, while I'd like to see more rain, I think he'll run very well.

Michael Scudamore, trainer of Next Sensation
Kempton probably didn't suit him last time and with plenty going on it made it hard for him, but it was good to see him win at Newton Abbot the time before. He likes Cheltenham and, hopefully, if he's near to his best he can run a big race.

Evan Williams, trainer of De Faoithesdream
He had a lovely last season, which he finished with a Listed win at Ayr, but he's not getting any younger and has a high enough handicap mark. We've been fairly quiet with the lack of rain, but the horses are coming into form now.

Paul Henderson, trainer of Un Beau Roman
It's a good race with some decent horses in there, but he seems very well at home. He's been schooling well but his jumping is always good.

David Pipe, trainer of Impulsive American
He's in good form but things are getting tougher for him. There's good prize-money on offer and we'll see what we can get. He'll probably prefer a bit further in trip but they're likely to go a good pace and hopefully he'll be staying on at the end.