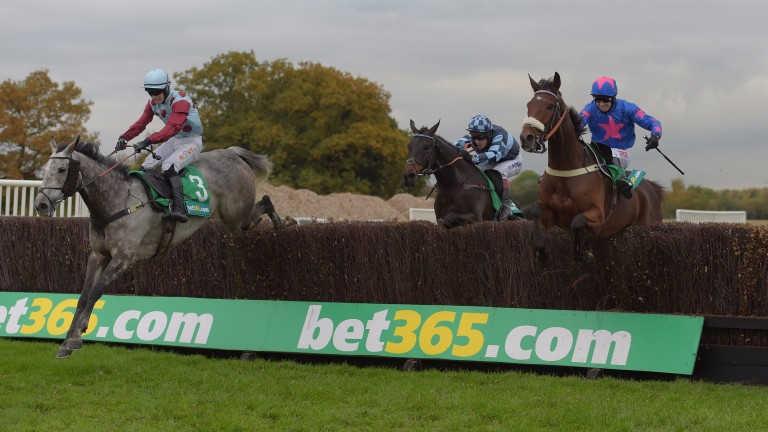 Defeated but not deflated. That was the reaction of trainer Colin Tizzard to the reappearance effort of Cue Card, who finished an honourable third in his bid to complete back-to-back victories in the Bet365 Charlie Hall Chase.

Twelve months ago Wetherby's showpiece prize was the launchpad to a sensational season for Cue Card, who went on to win the Betfair Chase, King George VI Chase and Betfred Bowl but fell three out in the Timico Cheltenham Gold Cup when still cruising alongside eventual winner Don Cossack.

Connections were planning a similar route for the ten-year-old before the Charlie Hall and they still are, with Jean Bishop's star now bound for Haydock's Grade 1 feature, for which the sponsor has him as favourite at 2-1, having pushed him out from 6-4.

"I thought he ran a fantastic race - it was a horserace and we're not going to win them all," said Tizzard, although for much of the Charlie Hall Cue Card did seem set to win. However, after racing prominently throughout, he got weary in the closing stages and took third behind Irish Cavalier and Menorah.

"I thought he was going to win but he just got tired in the end," said Tizzard.

"You never quite know first time out. We did give him the racecourse gallop as I didn't want to come here and wish I'd done it, but he has had a good blow.

"The winner had a race three weeks ago and they wouldn't have left anything in Menorah's locker as he doesn't handle heavy ground. I would sooner he'd won but I'm still absolutely delighted with him."